Jonathan David scored before hobbling off as Lille defeated PSG, who had Neymar sent off, to go three points clear at the top of Ligue 1 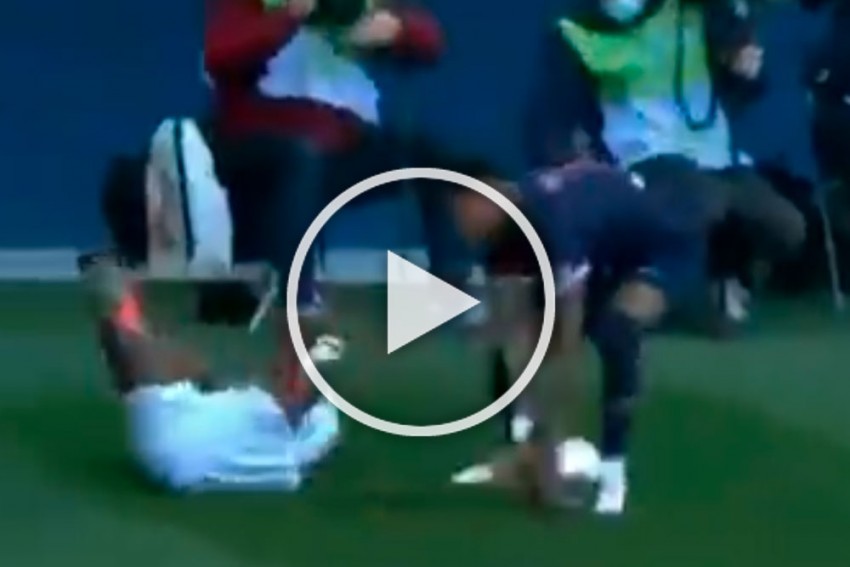 It was a frustrating day for Neymar who had missed two great chances before receiving a second yellow card and subsequent red for a shove on Tiago Djalo as frustrations boiled over in the closing stages
Screengrab: Twitter
Omnisport 2021-04-03T22:44:48+05:30 Paris Saint-Germain 0-1 Lille: Neymar Sees Red As French Champions Lose Ground At The Top - Video 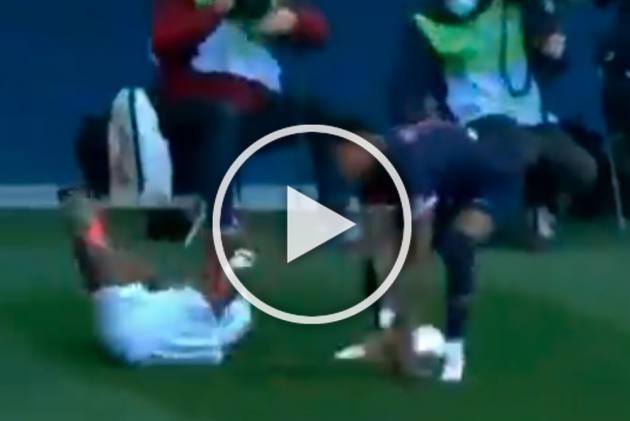 Neymar was sent off on his first Ligue 1 start in two months as part of a dramatic finale to Paris Saint-Germain's 1-0 defeat to Lille in a barnstorming top-of-the-table clash. (More Football News)

The Brazilian forward injured his adductor as a substitute against Marseille at the beginning of February but was unable to inspire the champions in a game settled by Jonathan David's 20th minute goal on his return to the starting XI.

It was a frustrating day for Neymar who had missed two great chances before receiving a second yellow card and subsequent red for a shove on Tiago Djalo as frustrations boiled over in the closing stages.

People asking for a clip of Neymar's red, here it is. He already had a yellow before this pic.twitter.com/GauEGF4Hvk

Neymar sent off in Ligue 1 top-of-the-table clash with Lille for doing this.

Djalo was also shown red having already been booked but Lille moved three points clear of PSG, who have now lost three home games on the spin in Ligue 1 for the first time since October 2007.

Neymar would have expected to hit the back of the net with an acrobatic effort after being expertly teed up by Angel Di Maria, who also set Kylian Mbappe racing free only for his left-foot effort to be brilliantly saved by Mike Maignan.

Lille succeeded where PSG failed after 20 minutes when Jonathan Bamba led a lightning counter-attack to pick out David, whose shot deflected off Thilo Kehrer and over a helpless Keylor Navas.

Moise Kean also tested Maignan and Lille – who lost David to injury before the break – found plenty of success utilising pace against a static PSG defence in a frenetic encounter.

It was Neymar again who really ought to have done better for PSG when stooping to head Marquinhos' right-wing cross wide with 20 minutes to play, while Burak Yilmaz – who scored four times for Turkey during the international break – shot straight at Navas with a great chance to wrap it up for Lille.

Tempers then boiled over as Neymar, already booked for pushing Andre in the face, lost his cool trying to get the ball back from Djalo, who was also dismissed for his role in the unsavoury finish.