NZ Vs IND: Cricket Fans In New Zealand Probe Virat Kohli With Witty IPL Question, And Now Everyone Is Asking The Same Question

Virat Kohli is the captain of a very successful Indian national cricket team, but he has failed to replicate that success with the Indian Premier League (IPL) franchise, Royal Challengers Bangalore (RCB) 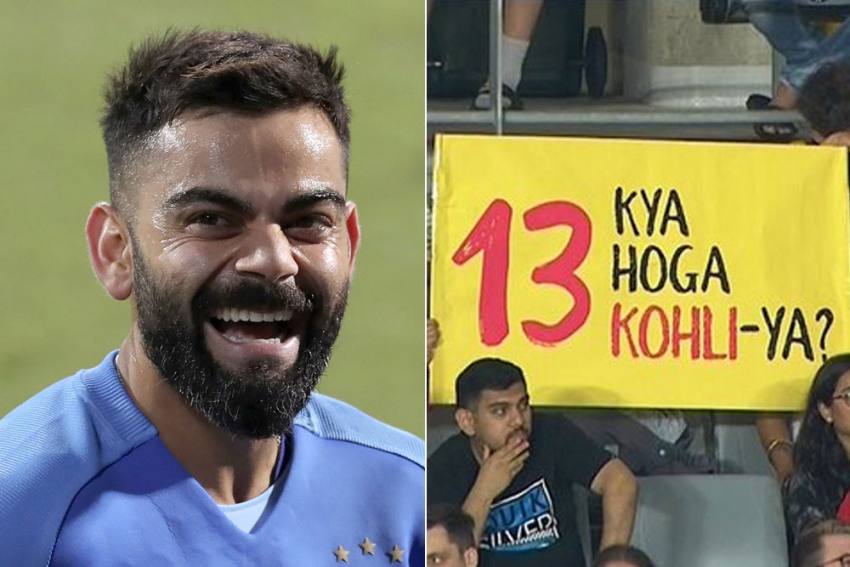 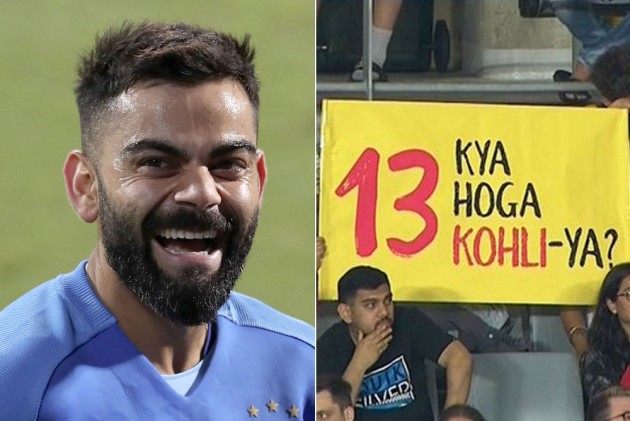 Virat Kohl is the captain of a very strong, if not an all-conquering Indian cricket team. He just led the Indian team to a resounding win over hosts New Zealand in the first T20I match of their 2020 tour. But the master batsman is also the leader of a cricket team which has become the laughing stoke in the world's most popular T20 league, the Indian Premier League. (More Cricket News)

Despite his success with the Indian national cricket team, Kohli has so far failed to inspired Royal Challengers Bangalore (RCB). And like every other season, RCB and Kohli fans are hoping for a change in fortunes. During Friday's tour-opening match at Eden Park, Auckland, some fans came up with a witty message to probe the skipper, ala Sholay style.

It read: 13 kya hoga Kohli-ya. The question, playing on that very famous dialogue from Bollywood blockbuster, was a direct reference to the failure of RCB and Kohli. And the fans want to know if the 13th season will be Kohli.

By the way, enjoy the word-play, with a special focus on 13, in Hindi.

Kohli and RCB's IPL record is so poor that the last year, some publications were 'forced' to play April Fool's prank on the skipper's retirement, and it indeed went viral for obvious reasons.

By the way, here's a low down on RCB's record: