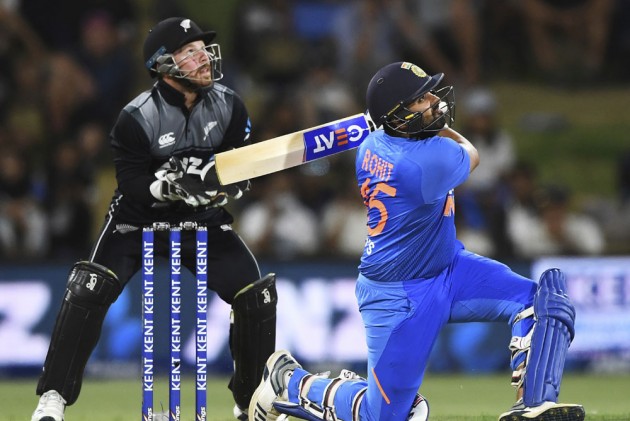 India captain Rohit Sharma limped off after hitting a majestic fifty in the fifth and final T20I match against New Zealand at Mount Maunganui on Sunday.

Rohit demoted himself and batted at first down after winning the toss and opting to bat first. The right-handed batsman raced to fifty in 35 balls, then pulled his calf muscle while playing the first ball of the 17th over.

After prolonged medical attention, he hit the second ball for a six before throwing in the towel. he made 60 off 41 balls (3x4 3x6).

He's unlikely to take the field when India defend their total of 163/3. And India will need a new captain.

Kohli is likely to come as Rohit's replacement and lead the side as a proxy with KL Rahul, or even Jasprit Bumrah getting the rare chance of captaining the national team, albeit for an innings.

As it turned out, KL Rahul stood in as the captain.

"Rohit Sharma is being assessed at the moment," read an official update form the BCCI.