NZ vs ENG: Jimmy Neesham Asks Almighty To Intervene After Yet Another Super Over Defeat

England defeated New Zealand in the final match of the five-match T20I series to win the series 3-2. In July, New Zealand lost to England in the World Cup final 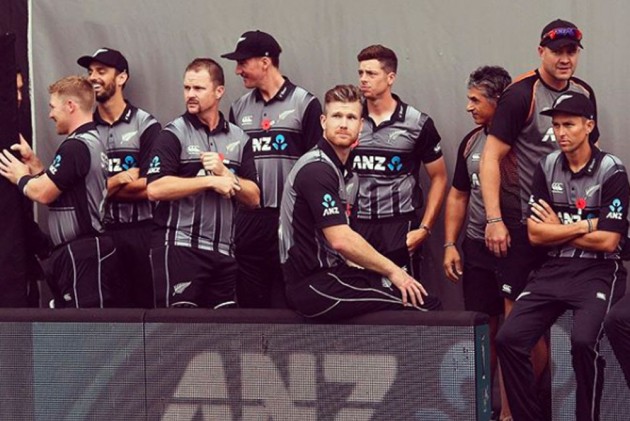 After yet another Super Over defeat to England, New Zealand all-rounder Jimmy Neesham asked the Almighty if the script could be changed. (More Cricket News)

Neesham shared a picture of Kiwi team on Instagram with a caption that read: "Hey you up there, any chance you could change the script?"

“Hey you up there, any chance you could change the script?”

England defeated New Zealand in the final match of the five-match T20I series to win the series 3-2.

The match went into a super over as normal action concluded in a tie. This was the second super over between both the sides this year. In July, England defeated New Zealand to win their maiden World Cup.

In the rain-hit match, New Zealand scored 146/5 in 11 overs and England registered the same score.

Kiwis will now take on England in the two-match Test series and the first match will be played in Tauranga from November 21-25.