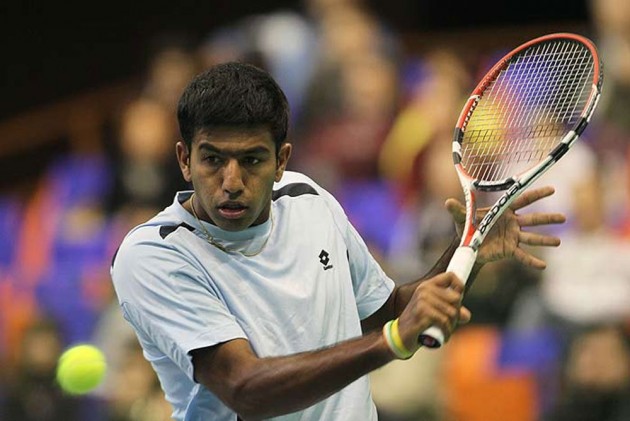 Doubles specialist Rohan Bopanna on Monday said he has no security concerns about playing Davis Cup in Pakistan, where he has always enjoyed "great hospitality."

No Indian Davis Cup squad has travelled to Pakistan since March 1964 and Bopanna will be in the Indian team which will compete in Islamabad in September for the Asia/Oceania Group I tie.

Bopanna and Divij Sharan, country's best two doubles players on rankings, will be the natural choice for the doubles rubber.

"I am looking forward to the Davis Cup tie in Pakistan. I have spoken to Aisam-ul-Haq Qureshi, he is a very good friend of mine and he said it will be fine and I have been there a few times, I always found great hospitality from Pakistan. So I have no concerns about it," Bopanna said on the sidelines of a Sports Conclave organised by Indian Oil Corporation (IOC).

The 39-year-old from Bengaluru had finished a runner-up at the US Open with Aisam-ul-Haq Qureshi in 2010.

Asked if Federer's age is affecting his movement, Bopanna said, "I don't think there was any loser in yesterday's final. He was literally one point away from winning his 21st Grand slam. He is 37 and he was still covering the court, the best way possible, so I don't think he lagged because of his age."

India has never won a singles Grand Slam title and Bopanna said the country is still a long way from achieving the feat.

Also Read: Barty Stays At Number One Despite Wimbledon Upset

"We never had a singles winner in Grand Slam. We need the right kind of facilities and support from the Federation and Corporates. That makes a difference. It is an individual sport and having more tournaments in India will help Indians perform better."

"If we look at the last 15 years, we will see only four players have won Grand Slams. So it is still a long way to go for an Indian to win a singles Major," he said.