Antoine Griezmann revealed he and Lionel Messi are yet to form much of a relationship, but the latter says there is no issue between the Barcelona pair. 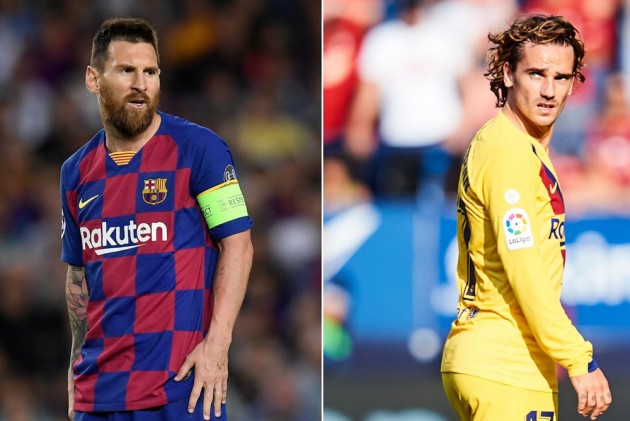 Lionel Messi eased concerns about his relationship with Antoine Griezmann, insisting there is no problem between the Barcelona pair despite the Frenchman claiming they were yet to connect.

Messi made only his second start of the season on Wednesday as he helped Barca to a 2-1 Champions League win over Inter in Group F, the Argentinian setting up Luis Suarez's late winner.

Suarez's strike was his second of the match at Camp Nou, having previously cancelled out Lautaro Martinez's second-minute opener.

Messi produced a performance that showed little evidence of the fitness problems he has had this term, injuries Griezmann suggested had prevented the pair from striking up much of a relationship.

Griezmann – who arrived from Atletico Madrid in the off-season – added that neither player talks a huge amount and so it had been "difficult" to bond, though Messi insists there are no genuine issues between them.

"Obviously we have no problem," Messi told reporters. "There is a good relationship with everyone, we are united.

"We were aware that the moment was not the best, we needed this victory to get on track so from now we can go up [a level]."

"We were on that road, we knew that we were in a difficult time, but in Europe all the greats have a hard time starting the season," he said.

"It's understandable that the club does these games, all the great [clubs] do and it is necessary. Little by little we are going to adapt to the competition."