Paris Saint-Germain superstar Neymar is willing to do whatever it takes to overhaul Manchester City in the Champions League semi-final. 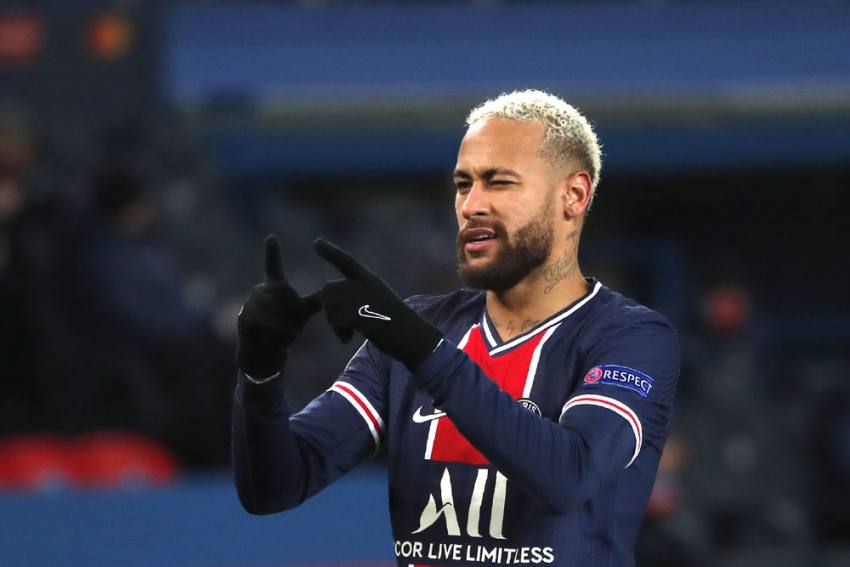 Neymar is aware of the tall task that awaits PSG when they face Manchester City at the Etihad Stadium.
AP Photo
Stats Perform 2021-05-04T09:08:42+05:30 Neymar Wants To Be PSG's 'First Warrior' In Man City Battle In Champions League Semi-final

Neymar has issued a rallying call to Paris Saint-Germain ahead of their Champions League semi-final showdown with Manchester City, claiming he is ready to "die on the pitch". (More Football News)

An impressive opening to the contest from Mauricio Pochettino's men subsided, with City exerting almost complete control on proceedings after the interval.

Neymar cut an increasingly isolated figure, while attacking partner Kylian Mbappe failed to attempt a single shot after starting a match for the first time in his Champions League career.

The world's most expensive player is aware of the tall task that awaits at the Etihad Stadium, although he has not given up hope of last season's beaten finalists returning to the showpiece.

"We have a very difficult match against Manchester City, but we have to believe, no matter what the stats or our percentage chance of winning is," Neymar told PSG's in-house channel.

"I think that every Parisian has to believe in us. I'll be the first to do so.

"I'm on the front line and I'll be the first warrior to go into battle for the team.

"I'm going to give the best of myself and I'll do everything I can to qualify, whatever happens."

@neymarjr: "Every Parisian must believe in us"  pic.twitter.com/YyYtvaGog5

With a chuckle, he added: "Even if I have to die on the pitch."

The stats Neymar alludes to certainly do not make for comfortable reading for those of a PSG persuasion.

There have been 47 previous instances of English clubs winning the first leg of Champions League or European Cup tie away from home. On each occasion, they have progressed.

City have won each of their past six Champions League matches and have 10 out of 11 victories this season, with a goalless draw at Porto the only blemish. A seventh win would edge Pep Guardiola's men ahead of Manchester United (1965-66), Leeds United (1969-70) and Arsenal (2005) as the outright English record holders for the longest winning run in Europe's premier club tournament.

PSG have played City four times in European competitions and are yet to beat the Manchester side.