New Zealand were beaten by Pakistan at Edgbaston by six wickets. Next up for New Zealand are defending champions Australia followed by hosts England. 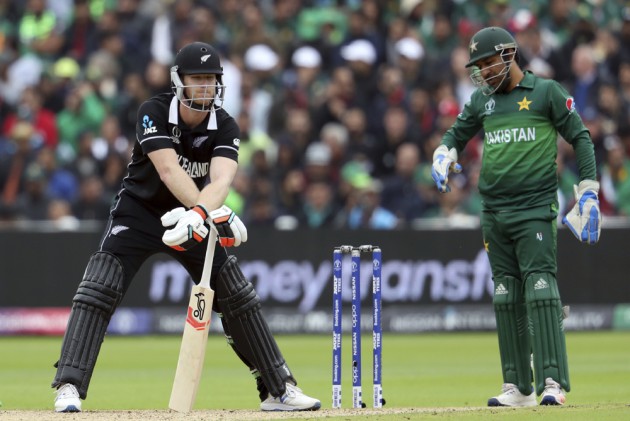 New Zealand all-rounder Jimmy Neesham says the Black Caps will not be unduly affected by their first defeat at the 2019 Cricket World Cup as they prepare for their final two group games against defending champions Australia and home side England.

New Zealand, who play Australia at Lord’s on Saturday, were beaten by Pakistan at Edgbaston by six wickets with Neesham finishing unbeaten on 97 after captain Kane Williamson won the toss and chose to bat.

“We will prepare the same way we do for every other game and we’re basically in a situation now where it’s one win from two and we will be in the semi-finals which is obviously our goal,” Neesham said.

“The mood in the dressing room is good, the guys were joking and laughing when I left. We’re not the type of team that take losses really hard. We’ll have a couple of beers tonight as a team and kind of talk about how that game went and then we’ll pretty much park it.

“Australia are a team that we’ve played a lot over the last two or three years. We know how they go about their game, they’re obviously a very good team but we certainly won’t prepare any differently for them that we would for any other game.”

Neesham said losing four quick wickets after winning the toss and electing to bat had probably been the turning point in the game but added it would be naive to expect to go through the tournament unbeaten.

“There are too many quality teams going around to expect to win every game. We prepared before the tournament that we would probably lose one or two games but for us it’s all about making it to the semi-finals and then you’re only two good games away from lifting the trophy.

“So for us nothing changes, we will prepare for the next game that same way we prepared for the last six.”

Asked if New Zealand had made a mistake by omitting leg-spinner Ish Sodhi on a pitch that took significant turn, Neesham said the team had been selected on the information it had received before the game.

“In hindsight it is easier to say an extra spinner would have been useful but the bowlers we had, the quality we had at the bowling crease was enough to defend that total. Unfortunately, it didn’t fall our way.”

Neesham said he and fellow all-rounder Colin de Grandhomme (64) had decided to go on the attack in the 43rd over and added the decision had been made primarily because they did not want the tailenders to be exposed to the Pakistan fast bowlers given with their ability to reverse swing the ball.

“We believed we could make hay in the last seven overs, we thought potentially we had a score that would win." (With inputs from ICC)