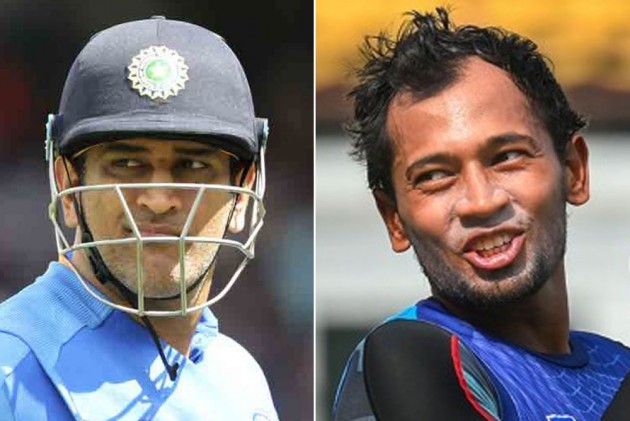 Veteran Bangladesh wicket-keeper Mushfiqur Rahim has named Mahendra Singh Dhoni as his idol and sida that captains around the world can look up to the Indian legend for inspiration. (More Cricket News)

Rahim, 33, also said that the former India captain "has an excellent sixth sense and can effectively make predictions about what’s in store."

"I'm fond of Dhoni's captaincy. I believe his name should be there amongst the all-time greatest captains. He has an excellent sixth sense and can effectively make predictions about what’s in store. His cricketing sense is also outstanding. As a captain, Dhoni has a great win percentage as well," Rahim was quoted as saying by Cricfrenzy.com.

The diminutive wicketkeeper is considered as one of the fiercest cricketers in the world and has his fair share of run-ins with India, the most notable being his premature celebration in the 2016 T20 World Cup in Bengaluru. And he remains a cricketing superstar, an idol for many budding cricketers in his country. But for him, Dhoni is the idol.

"There's no major tournament that he hasn't won. He is a skipper I like very much. Earlier I said that I didn’t have an idol. But now you can call Dhoni as my idol. Captains around the world can look up to him for inspiration," Rahim added.

The 38-year-old is also a serial winner in the world's biggest T20 league, the Indian Premier League, having lifted the trophy three times with the Chennai Super Kings.

He last played for India in the 2019 World Cup semi-final against New Zealand, which the Men in Blue lost.