Another week, another MotoGP victory for Fabio Quartararo in Jerez. 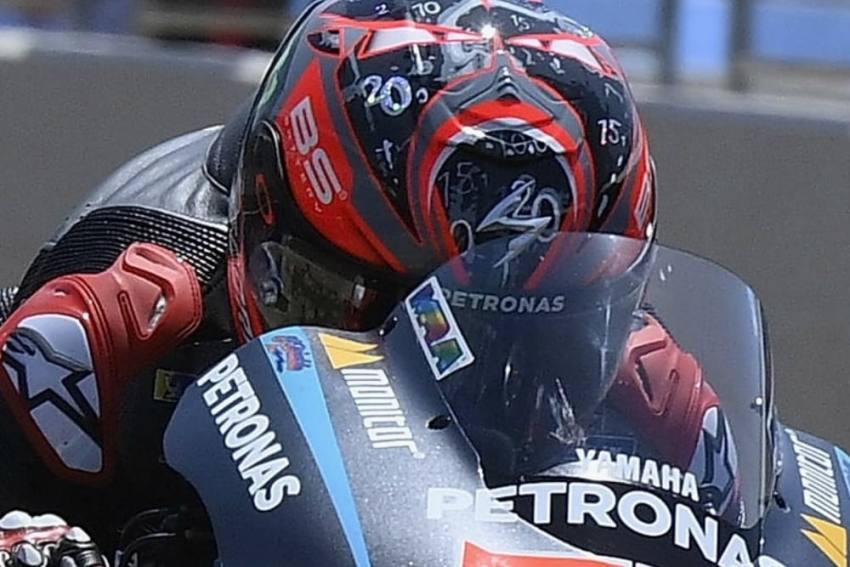 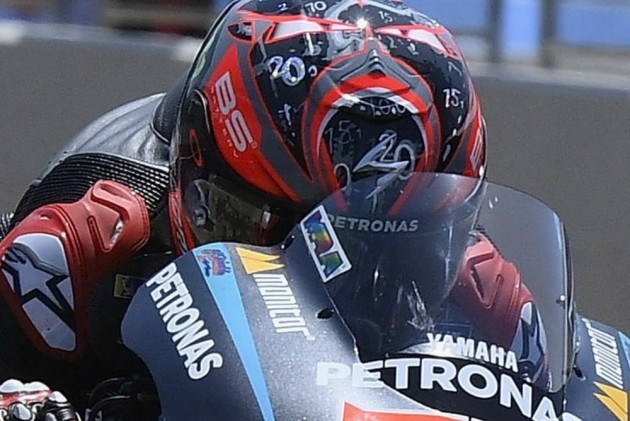 A week on from securing a maiden premier class win, Quartararo doubled up in Jerez to earn maximum points at a swelteringly hot Andalusia Grand Prix, in a race where the action all took place behind the runaway leader.

With world champion Marc Marquez unable to race despite attempting to qualify a week on from sustaining a broken arm, the brilliant Francesco Bagnaia appeared on course for a maiden podium.

However, the Pramac Racing rider's bike smoked up with six laps to go, leaving Bagnaia visibly frustrated at trackside.

Maverick Vinales ultimately took a scarcely deserved second-place finish for the second week running in an error-strewn display, with the great Valentino Rossi completing the podium.

Vinales would have started the day with hopes of victory but paid the price for being too aggressive at the final turn of the opening lap when chasing Quartararo, going wide and allowing Monster Energy Yamaha team-mate Rossi to pass.

The Spaniard was frustrated in his bid to pass Rossi and another mistake when going wide at Turn 6 with 16 laps to go allowed Bagnaia to slip by.

Bagnaia quickly snatched second from Rossi and Vinales fell behind Jack Miller and Franco Morbidelli, only for the former to lock up at Turn 9 with 15 laps to go and crash out and the latter – also chasing a first podium – to suffer a frustrating engine failure with nine remaining.

Just when it looked as though Bagnaia would claim a fully deserved podium finish, his bike smoked up and he pulled out on the final straight.

With a little over a lap to go, Vinales finally passed Rossi as Quartararo had so much time at the front he was able to stand up high with his arms folded.