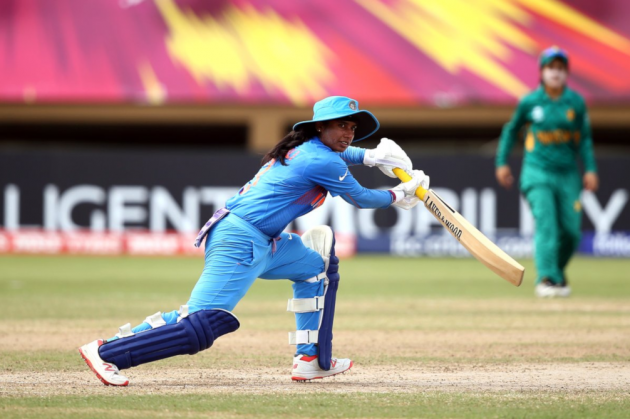 During the tour of New Zealand this year, India left out Mithali Raj to try and build a Twenty20 team for the future, which wasn’t a bad idea considering the experienced campaigner is still around in the dressing room to groom youngsters. But the leadership group looked in a fix after two back-to-back defeats, which saw India's middle-order collapse and lose the series. What did the management do -- brought Mithali back for the third and final T20 game. Did it give an indication that India weren’t ready for life beyond Mithali? (CRICKET NEWS)

It was during the Women’s World T20 in 2018 that Mithali’s place in the side came under the scanner. She wasn’t picked for the semifinal against England. The strike-rate at which the 36-year-old scored was a major factor in her being dropped. She played two innings in the tournament, scoring 107 runs, but at a strike rate of 103.88. Then coach Ramesh Powar, in a report to the BCCI, said Mithali was putting pressure on the rest of the line-up with her rate of scoring. In reply, Mithali, the India women’s ODI captain, claimed that she had been "deflated, depressed and let down" by the way she had been treated by the team and the BCCI.

ALSO READ: 200 Is Just A Number For Me, Says Mithali Raj On Record Appearance

In the aftermath of the controversy, Powar, who served the team on an interim basis, wasn’t considered again and WV Raman was appointed as the new coach. Mithali, on the other hand, was persisted with in the T20 team and she went on to play the home series against England in March. India suffered a 3-0 whitewash, while Mithali ended the series with 57 runs at a poor strike-rate of 81.42.

There were rumors that Mithali would retire from T20s after the series against England, but on Tuesday (August 27), she made herself available for the five T20s against South Africa in September.

"I am definitely available for the T20 series next month but, at the moment, haven't really thought about the T20 World Cup. I usually take it series by series,” Mithali said.

India’s squad for the first three T20s will be named on September 5. According to a report in PTI, the selectors will speak to Mithali about her future plans in the next few days.

While Mithali’s weight of runs (2,364 in 89 T20 Internationals) has been impressive, the concern regarding her game in the shortest format is her strike-rate. In 2018, she wasn't too far behind her teammates Harmanpreet Kaur (663) and Smriti Mandhana (622) in the run charts, but her 575 runs came at a strike-rate of 105.89 which is the lowest among four Indians who scored more than 400 runs.

While her ability to hold one end and play the anchor is hardly under question, it’s the problem to make up for the dot balls that has put pressure on other batswomen to increase the scoring rate.

As a team, India need to improve in T20s, having lost their previous six games. They don't have much time left to sort out their combinations. After the South Africa series, India travel to West Indies before playing a tri-series in Australia ahead of the 2020 World T20 in February-March.

By her own admission, Mithali isn’t sure of playing T20 for a long time. Despite her stature, experience and the runs she's accumulated over the years, does Mithali merit a slot in the XI of India’s T20 side?