Rohit Sharma, according to Michael Hussey, has the skills to excel at the top of the order during India's tour Down Under later this year 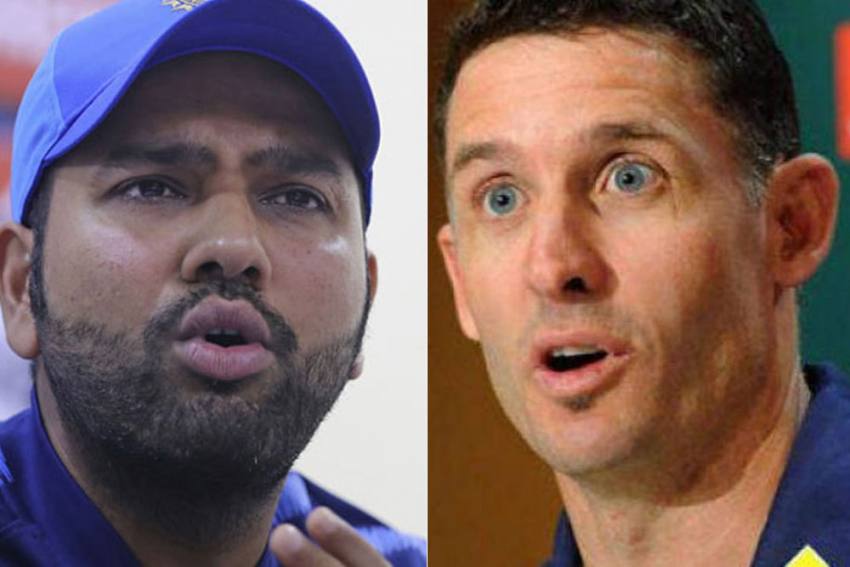 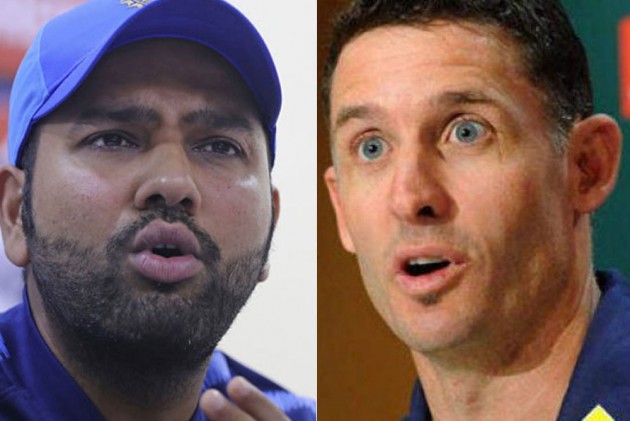 Michael Hussey believes the hostile Australian conditions are bound to test any batsmen in the world, but the former cricketer has no doubts about the "ability and temperament" of Rohit Sharma, who according to him has the skills to excel at the top of the order during India's tour Down Under later this year. (More Cricket News)

India are set to tour Australia for a four-match Test series, starting December 3 at Gabba, Brisbane.

During the series, all eyes would be on Rohit, who had scored three hundreds including a double ton against South Africa at home in his debut series as Test opener last October. He, however, missed two games in New Zealand due to a calf injury.

"It's going to test any batsman in the world, but I think because he's (Rohit) played a lot of One-Day cricket batting at the top of the order, and now he's been having some success with the red ball game as well, that'll give him confidence coming in," Hussey said.

"I have no doubt in my mind that he's got the ability and the skill and the temperament, to be able to handle it."

The former Australia left-handed batsman said the key for Rohit would be adaptability to the Australian conditions.

"I think he would adapt. No, worries at all of his batting at the top of the order. It will be challenging in Australian conditions against the top quality bowling attack with pace and bounce," Hussey said.

The 45-year-old left-handed batsman feels the return of the disgraced duo of Steve Smith and David Warner will make life difficult for the Indians in the upcoming series.

Smith and Warner missed India's historic away Test series win over Australia in 2018 because of their one-year bans for their involvement in the infamous ball-tampering episode in South Africa.

In the absence of the duo, India recorded their first Test series win Down Under in 2018-19.

"Obviously, bringing back Smith and Warner into the team is huge, but the guys that were exposed and perhaps probably weren't quite ready at the time from two years ago, have now managed to get a number of Test matches under their belt... India are going to be up for a stiff challenge in Australia this summer," Hussey said in a chat show on Sony Ten's Pit Stop.

"Put that with a world class bowling attack in Pat Cummins, Mitchell Starc, Josh Hazelwood and (James) Pattinson as well with Nathan Lyon...I think the team looks extremely strong, they are playing some excellent Test cricket. We know India are a world class team, but they have to be at their best to beat the Australian team on home soil."

Hussey feels the absence of the two key batsmen, Smith and Warner, exposed the young Australians to the rigours of Test cricket.

"They basically had to either sink or swim and someone like (Travis) Head I think has really shown a lot of character, a lot of guts and a lot of fight in grabbing hold of his opportunity and he's performed pretty well," he said.

Post the sandpaper gate scandal, Hussey feels the Australian team has worked extremely hard to gain their respect back.

The Chennai Super Kings-player-turned-batting consultant further hailed 'Captain Cool' Mahendra Singh Dhoni, saying he should be allowed to take a call on his career.

"He's been an incredible person and player for CSK for so long, and India for that matter, and we hope he keeps playing for another 10 years but I'm not sure we're going to be able to see that so hopefully he can play for as long as he can."

Post India's World Cup semifinal exit in 2019, Dhoni has been on a sabbatical with speculation surrounding his career.

Hussey also admired the way Virat Kohli respects the presence of Dhoni in the team and the chemistry the duo shares.

"I think you got to give a lot of kudos to Virat Kohli, having someone like MS Dhoni still in the team who's been, arguably, India's most successful captain. Sometimes some people would find that threatening to still have that person in the team," he said.

"But I think that's where you need to tip your hat to Virat and so you know he's obviously got the personality to say 'no, no I would like this guy around. I can learn from this guy, and he's going to help me get down the better skipper and obviously have a better team'," he signed off.