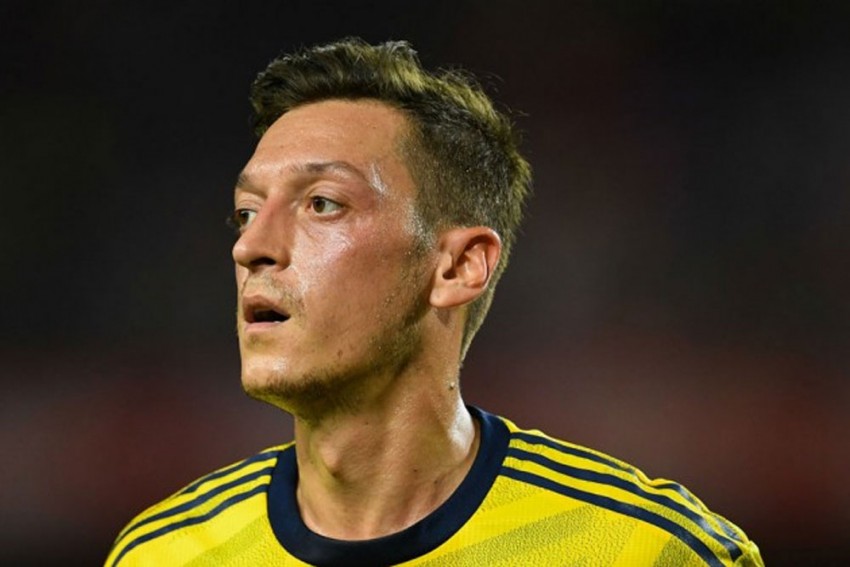 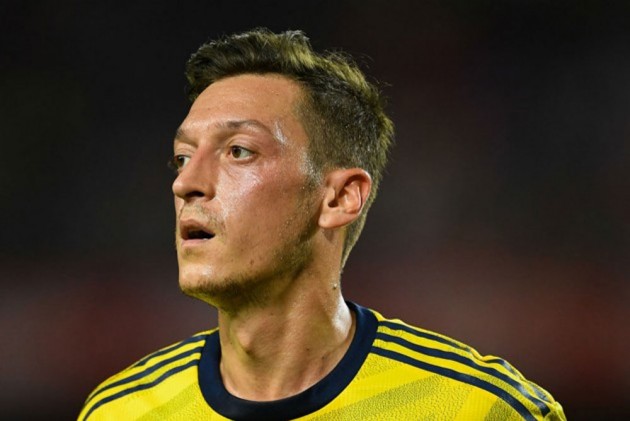 Mesut Ozil insists he regrets neither his infamous photo with controversial Turkey president Recep Tayyip Erdogan nor his international retirement that came amid the subsequent furore. (More Football News)

In May 2018, Ozil and Germany team-mate Ilkay Gundogan – both of whom are of Turkish descent – met and had photos with Erdogan ahead of Turkey's general election.

The move was perceived by some as a show of support for the politician who was re-elected days later despite protests over his government's alleged systematic arrest of journalists, civil rights activists and political opponents.

Both players were jeered by Germany supporters in pre-World Cup friendlies, but the German Football Association (DFB) opted against public criticism, instead attempting to urge focus on the upcoming campaign in Russia.

After the tournament, where Joachim Low's defending champions made an early exit, Ozil published a letter clarifying the context of the Erdogan photo before then accusing the DFB, its president and other high-profile German officials of racism and disrespect, as he announced his international retirement.

Ozil has no regrets and told The Athletic: "[Erdogan] is the current president of Turkey and I would show respect to that person, whoever it was. Although I was born and raised in Germany, Turkey is part of my heritage.

"If the German president or [chancellor] Angela Merkel are in London and ask to see me, to speak to me, of course I would do that as well. It's just about showing respect to the highest position of a country.

The past couple of weeks have given me time to reflect, and time to think over the events of the last few months. Consequently, I want to share my thoughts and feelings about what has happened. pic.twitter.com/WpWrlHxx74

"With time to reflect, I know it was the right decision. It was a very difficult period for me as I played nine years for Germany and was one of their most successful players. I won the World Cup and more, played a lot of games - a lot of them really good - and gave everything.

"I don't say people must love me but just show respect about what I've done for Germany. The team was always competitive, but they wanted to play a more attractive style, all age groups using the ball better. A bit like Spain.

"My generation changed German football. It became more fun to watch. But after the photo, I felt disrespected and unprotected.

"I was receiving racist abuse - even from politicians and public figures - yet nobody from the national team came out at that time and said, 'Hey, stop. This is our player, you can't insult him like that'. Everyone just kept quiet and let it happen.

"It felt like I was expected to apologise for the meeting, admit I'd made a mistake and then everything would be fine; otherwise I was not welcome in the team and should leave. I would never do that.

"Racism has always been there, but people used this situation as an excuse to let it out.

"They are free to have a personal view, to dislike a photo I've taken, just as I'm free to make a personal decision to have the photo taken, but what followed exposed their racism for everyone to see.

"When we were knocked out [of the World Cup] and I came off the pitch, German people were telling me, 'Go back to your country', 'F*** yourself', 'Turkish pig' and stuff like that.

"Before the tournament, there was a friendly in Leverkusen and when the ball came to Ilkay Gundogan, most of the stadium was booing him. I heard them shouting, 'Goat f*****’, 'F****** Turkish boy' and other insults I can't repeat.

"But what upset me most was the reaction of the school I went to in Gelsenkirchen. I've always supported them and we decided to do a year-long programme together. At the end, I was going to attend a ceremony and meet all of the staff and children, many from immigrant backgrounds.

"Everything was planned, but then the school director told my team I should not come because of the media attention and the rise of the right-wing AfD party in their city.

"I couldn't believe it. My home town, my school. I gave them my hand but they didn't give theirs back. I've never felt so unwelcome.

"I'm proud to still work with one charity, who provide operations for children worldwide, and they stood by me. But the national team chapter is over."

"I'm proud to still work with one charity, who provide operations for children worldwide, and they stood by me. But the national team chapter is over."