Diego Maradona played against a cricketing demigod in Sourav Ganguly, who was among the first to react to his death in Buenos Aires by saying that he lost his hero 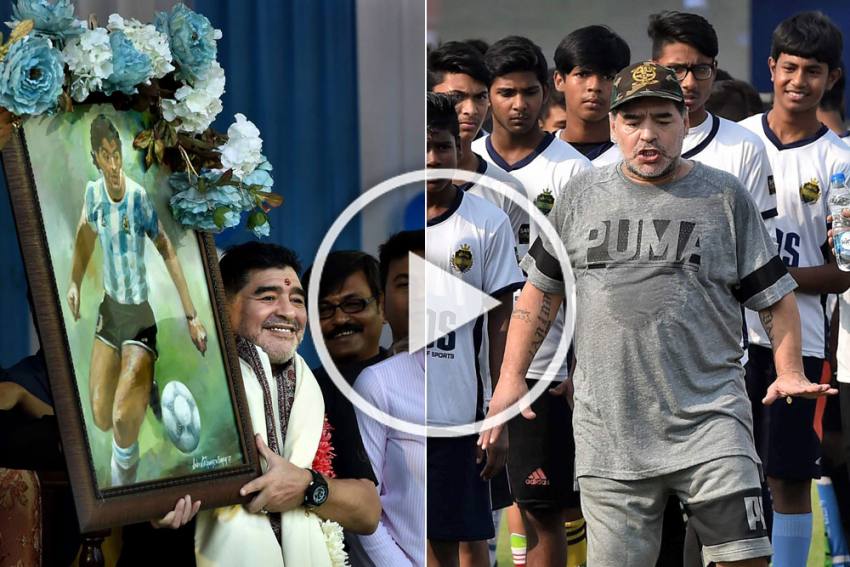 A lot many in the 'City of Joy' will recall how a little bulky version of Diego Maradona huffed and puffed during a charity football game in Kolkata in 2017
Composite: PTI Photos
PTI 2020-11-26T00:23:42+05:30 Maradona Dies: When Diego Magic Gripped Kolkata - VIDEO 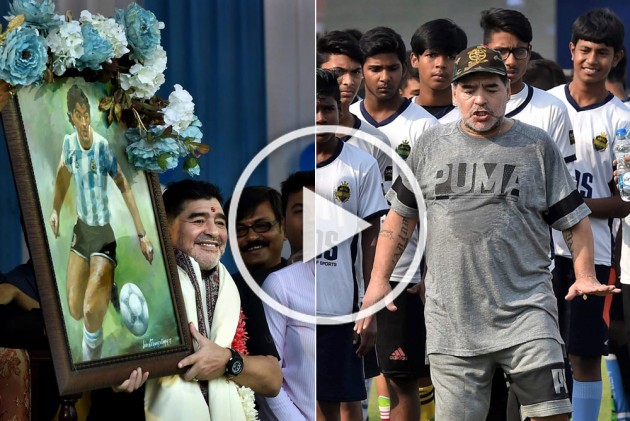 His promise to bring "big-time" football to India remained unfulfilled as Diego Maradona died after cheating death more than once, leaving a cricket-mad nation devastated in an appropriate reflection of his immortal status. (More Football News)

Success-starved in football for decades now, India, perhaps, needed Maradona, needed his "Hand of God", to rise in a spectacularly popular sport that was made more popular by the Argentine's magic which will forever echo down the ages.

Many will remember the way he swayed, slithered and slalomed during his epochal World Cup triumph in 1986 in Mexico.

A lot many in the 'City of Joy' will recall how a little bulky version of Maradona huffed and puffed during a charity football game here three years ago.

He played against a cricketing demigod in Sourav Ganguly, who was among the first to react to his death in Buenos Aires by saying that he lost his hero.

The Argentine legend, who was 57 when he came here, had managed to dribble, show glimpses of his deft left foot and even crooned Spanish songs, as he sweated it out with a bunch of school children and bid them adieu with a promise to "bring football" to India.

In December 2017, he turned up in shorts, enjoyed every bit of the maddening attention even though the gruelling session literally drained him as he was seen drenched in sweat, pouring water on his head.

But he had no complaints and was eloquent in his three-minute Spanish speech.

"I'm here for football... It is a big step, that we take to uplift football in India," he said about his three-day private trip which was co-sponsored by a local politician among others, nearly nine years after his first visit to the city.

"The country really has good players and a football school of boys. Football wants India and India wants football.

"Together with the people we will bring football. I have always been very well received in India. Thanks and kiss!" he had signed off, never to come back again.

He also obliged his many die-hard fans with photographs and did not mind sitting on the pitch for that perfect frame.

He then headed straight near the packed galleries and wowed his fans with shooting some footballs in the air.

Cheered on by a delirious crowd, Maradona then hummed a couple of songs.

It was not for nothing that India reacted with shock, anger and sadness after his heart stopped beating on Wednesday.