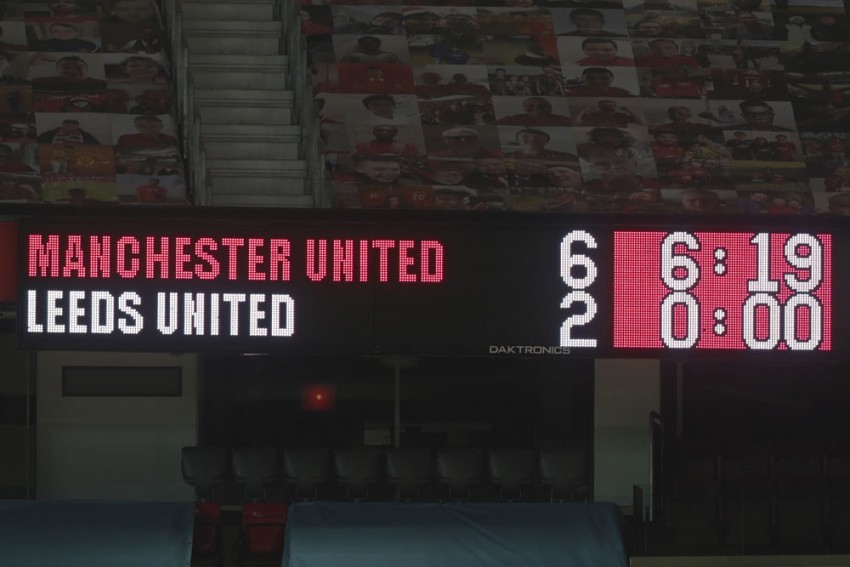 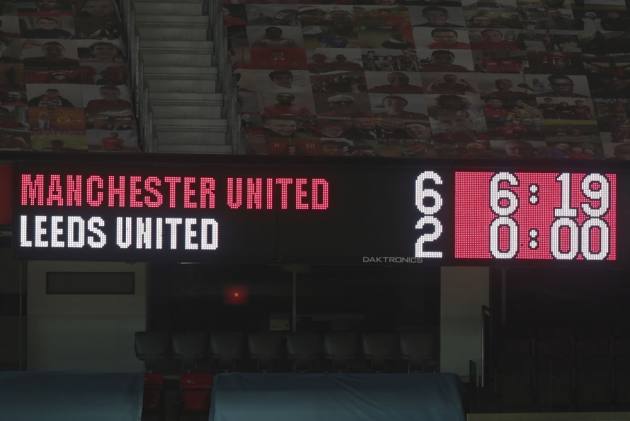 The midfielder drilled home inside 66 seconds and added a second with a calm finish 104 seconds later - the fastest a player has ever netted a brace in the competition.

Bruno Fernandes and Victor Lindelof joined the scoring at Old Trafford, before Leeds defender Liam Cooper pulled one back prior to half-time.

Daniel James and Fernandes - this time from the penalty spot - then made it six after the break, the first time Man United had tallied a half-dozen in the league since the August 2011 8-2 demolition of Arsenal.

Ole Gunnar Solskjaer's side climbed to third with the emphatic win, although it was Leeds' Stuart Dallas who rounded off the scoring with a consolation, bringing an end to a barmy encounter.

The first player to score a brace inside three minutes of a #PL match...

Man United were quick out of the blocks in the first league meeting between the two rivals in over 16 years, McTominay firing a low first-time shot past Illan Meslier after Fernandes carried the ball forward and teed up his team-mate.

Anthony Martial held off Luke Ayling and played in McTominay for a quickfire second, the Scotland international picking out the same bottom-right corner with his precise finish.

Leeds created some promising opportunities and Patrick Bamford correctly had a goal chalked off for offside, but they were three down when Fernandes ran onto a loose ball and fired across Meslier.

The visitors have made a habit of conceding from set-pieces this season and were again undone by a simple delivery into the box, with Martial helping on Luke Shaw's corner for Lindelof to poke in.

Cooper gave Leeds just a glimmer of hope with a header that David de Gea, restored to the line-up in place of Dean Henderson, could not keep out despite getting a hand to the ball.

Former Leeds transfer target James scored Man United's fifth midway through the second half, though, with a shot through the legs of Meslier after taking McTominay's pass - intended for Fernandes - in his stride.

Fernandes then piled on the misery from the penalty spot following substitute Pascal Struijk's challenge on Martial inside the box, rendering Dallas' sensational goal from 25 yards nothing more than a consolation.

What does it mean? Rampant Red Devils up to third

Man United's home form has often let them down this season, winning just one of their six league games at Old Trafford prior to this clash with bitter rivals Leeds.

But they turned on the style here, scoring more goals inside 37 minutes (four) than they managed in those previous six matches (three) before adding two more in the second half.

This impressive victory moves United into third place and back to within five points of leaders Liverpool with a game in hand.

6 - This is the first time a club team managed by Marcelo Bielsa has conceded six goals in any competitive match since his Newell's Old Boys side lost 0-6 to San Lorenzo in the Copa Libertadores in February 1992. Punishing. pic.twitter.com/UxTSjV4dXq

McTominay made history with his early double, but Fernandes was yet again Man United's star man, scoring and assisting in the same Premier League game for the seventh time since his debut in February - at least twice more than any other player.

The Portugal playmaker added a second goal from the penalty spot and ended the game with five shots - more than any other player on the field - in a match that saw a total of 43 attempts.

Man United won possession time and time again in the first half as Leeds, who conceded four first-half goals in a Premier League match for the first time in what was their 482nd game, struggled to cope with the frantic nature of the contest.

Holding midfielder Kalvin Phillips was sacrificed by Marcelo Bielsa at the break after a difficult 45 minutes that saw him lose possession eight times and misplace four of his 23 passes.

- Man United have played more home Premier League games against Leeds without losing than against any other club (P13 W9 D4).
- This is the first time a club team managed by Bielsa has conceded six goals in any competitive match since his Newell's Old Boys side lost 0-6 to San Lorenzo in the Copa Libertadores in February 1992.
- Leeds have conceded more set-piece goals (including penalties) than any other Premier League team this season (14).
- Since the start of last season, Man United have taken (32) and scored (27) more penalties in all competitions than any other side in Europe's 'top five' leagues.
- Raphinha is the first away player to assist two goals against Man United at Old Trafford in a Premier League game since Tony Hibbert for Everton in a 4-4 draw in April 2012.

Man United face Everton in the EFL Cup quarter-finals on Wednesday and travel to Leicester City - one point better off in second having played a game more - in their next league match on Saturday. Leeds host Burnley the following day.