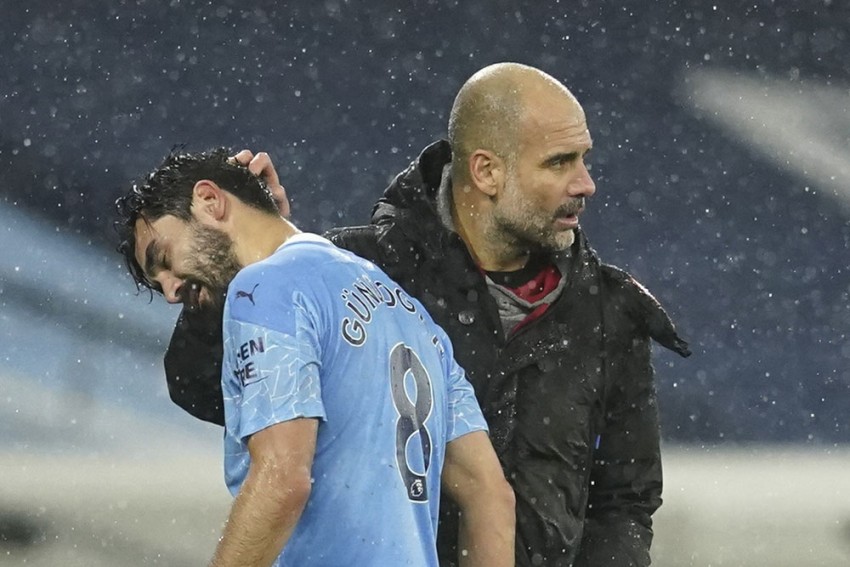 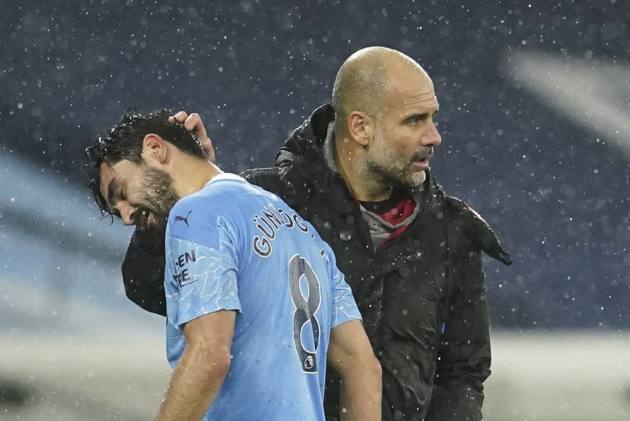 Manchester City eased to a 2-0 victory over Newcastle United thanks to goals from Ilkay Gundogan and Ferran Torres to move within five points of Premier League leaders Liverpool. (More Football News)

Gundogan gave City the lead in a low-key game on Saturday with a close-range finish following a well-worked move from Pep Guardiola's side.

Torres netted his seventh goal of the season 10 minutes after half-time after some error-strewn defensive play by Newcastle.

Newcastle's chances at the other end were fleeting as they succumbed to their 12th consecutive Etihad defeat.

City quickly found their rhythm and a slick move saw Joao Cancelo find Raheem Sterling with a superb pass, and he skilfully cut the ball back for Gundogan to fire home.

The goal was Gundogan's second in Premier League this season, which is as many as he got in 31 games last season.

Kevin De Bruyne had Newcastle goalkeeper Karl Darlow scrambling back to palm the ball away moments later when a mis-hit cross into the box looked to be dipping under the crossbar.

De Bruyne broke clear of the Newcastle defence just after the half hour but the alert Darlow rushed off his line to narrow the angle and saved well.

7 - Among players younger than him within the top five European leagues, only Erling Haaland (17 - 20y 158d), has scored more goals in all competitions this season than Ferran Torres (7 - 20y 301d). Radar.

Newcastle rarely threatened at the other end and, despite finishing the first half positively, they still failed to register a single shot on target in the opening 45 minutes.

A Jacob Murphy angled shot just after the break forced Ederson to make his first meaningful save before City added a second.

Newcastle twice failed to clear their lines, with Miguel Almiron and Federico Fernandez both guilty of sloppy play, and the ball dropped for Torres to confidently strike it past Darlow.

The brilliant Darlow denied substitute Sergio Aguero the chance to put the gloss on the result with a fine save from close range late on after another sweeping City attacking move.

What does it mean? City stay in touch

City have won each of their last 12 Premier League home games against Newcastle, scoring 42 goals and conceding just seven in return.

It is their longest winning home run against an opponent in their top-flight history and the victory against such generous opposition helped them to stay in touch with the chasing pack behind table-topping Liverpool.

Newcastle remain in 12th spot in the table on 18 points - seven above the relegation zone.

Sterling only too willing to assist

With six assists Sterling has now registered more in 21 appearances in all competitions this season than he managed in 52 games last season (five) as his fine form continued against Newcastle.

He now has 150 goal involvements in all competitions under Guardiola, as he became the first player to reach that total for City since the former Barcelona boss took over (96 goals, 54 assists)

Joelinton fails to make an impact

As the rain pelted down in Manchester this was a night when the Brazilian was perhaps not quite the man for the gritty challenge of holding the ball up and bringing his team-mates into play as boss Steve Bruce might have wanted.

Joelinton's pass completion in the attacking half of the pitch was just 44.4 per cent and with only scraps to feed on he managed just two touches inside the City penalty area.

- City have kept 13 clean sheets in all competitions this season, more than any other team in the top five European leagues.
- Newcastle have lost more Boxing Day games than any other side in Premier League history (15), and have now lost each of their last six league games in a row on this date.
- Gundogan has scored two goals in nine Premier League games this season, as many as he netted in 31 appearances in the competition last season.
- City have won all seven games in all competitions in which Torres has scored for them, with five of his seven strikes coming at the Etihad.

City face Everton at Goodison Park in the Premier League next Monday while Newcastle host leaders Liverpool on Wednesday.