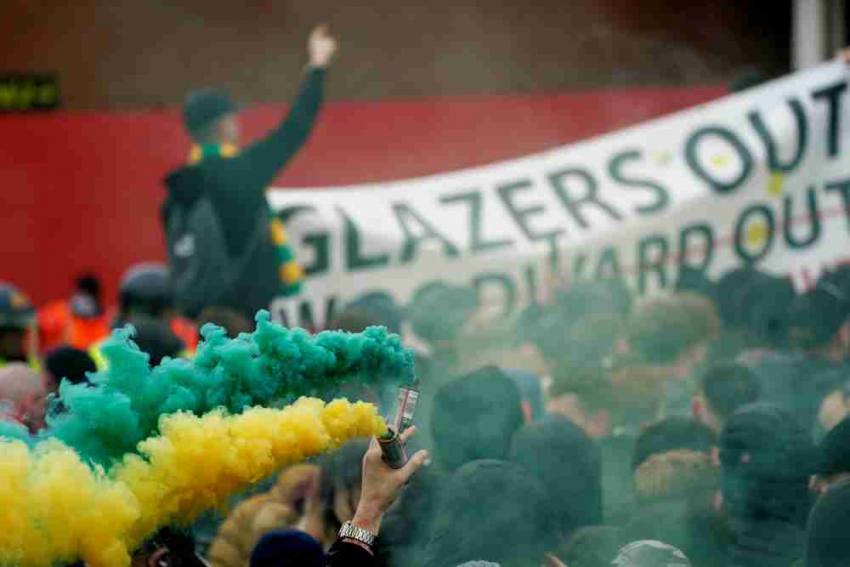 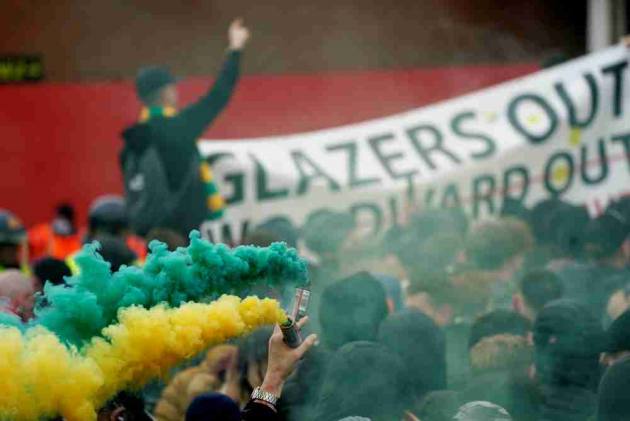 United went down 4-2 to their rivals on Thursday – Jurgen Klopp's men clinching a vital three points in their bid for Champions League qualification.

It was a match rearranged following fan protests against United's ownership on May 2, when supporters prevented the teams from leaving their hotels and also got onto the Old Trafford pitch.

There were no such security breaches this time around, though United's squad arrived at the ground around six hours before kick-off.

However, a large fan presence once again gathered outside the ground ahead of the game, and Solskjaer does believe it had a negative impact on United's preparations and performance.

"Of course it disrupted us a little bit so it's not been ideal but we had to deal with it," he told Sky Sports.

"Hopefully when we let the fans in on Tuesday it's a good atmosphere. We have waited a long time to let them in so we're looking forward to enjoying the game together.

"They deserved the win. We conceded goals in key moments of the game. We didn't build on the momentum or break up their momentum. We gave them at least two goals really. Then we scored again, had a massive chance. Key moments went against us.

"Their shape and their pressing is very aggressive. We created our own downfall. The second goal you probably expect no foul there then it's a bad moment to concede just before half-time. The third goal we gave them and that's really poor."

27 - Only Newcastle (29) and West Bromwich Albion (34) have conceded more home goals in the Premier League this season than Manchester United. Anomaly. #MUNLIV pic.twitter.com/RD7ZbUm2tw

United were without captain Harry Maguire for a second straight game, with the England defender having sustained an injury against Aston Villa on Sunday.

Solskjaer's side have lost both games Maguire has missed, but he insisted United must recover from the loss of the centre-back, who may well miss the rest of the campaign, including the Europa League final against Villarreal in Gdansk.

"Harry [Maguire] has been really important for us so of course we're going to miss him but he's out so we have to deal with that," Solskjaer continued.

"It's about regrouping and building our own confidence again as we have two games and a final.

"Tuesday. We need to find ourselves straight away. We need to build that momentum and confidence. We should go into that final ready."