Taking IPL to England will present its own set of challenges, including timing of hosting matches and a busy cricket calendar 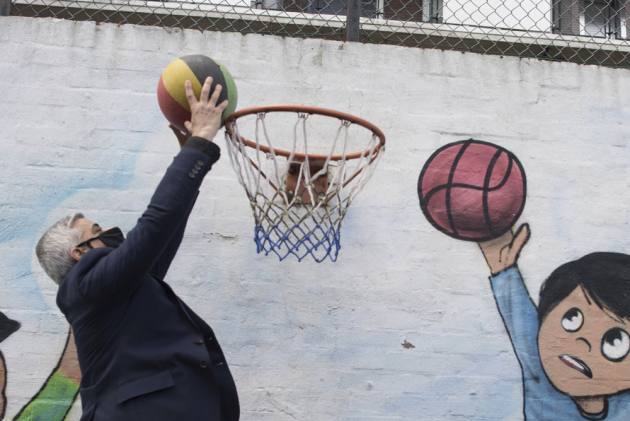 Seeking re-election next month, London's Mayor Sadiq Khan has vowed to work with cricket authorities and bring IPL matches to the British capital after the COVID-19 pandemic has subsided. (More Cricket News)

"This is part of my plan to build a better London after the pandemic," Khan said in a press release.

"I know Londoners are hungry to see more of the likes of Virat Kohli, Rohit Sharma and Rishabh Pant and, with two of the world's greatest cricket grounds in Lord's and The Kia Oval, London is ideally placed to host IPL matches.

"The absence of live crowds at elite competitions has been hard for many sport-loving Londoners but I know we can build a better, more open and prosperous city after the pandemic and see our capital confirmed as the undisputed sporting capital of the world."

Taking IPL to England will present its own set of challenges, including timing of hosting matches and a busy cricket calendar.

But Khan is determined to stage matches of the immensely popular T20 league in his country's capital city and also sees plenty of benefits should his plans turn into reality.

"I will never stop banging the drum for investment in our city and bringing the Indian Premier League to London would not only guarantee a home crowd for every country but boost tourism and generate much-needed revenue to help get our capital back on its feet," Khan said.

NFL has a ten-year agreement to play matches at Tottenham Hotspur's new stadium.

The IPL has been held outside India in the past, with South Africa hosting it in 2009 and the UAE last year amid the pandemic.