Home  »  Website  »  Sports  »  Liverpool Win Premier League: Who Is The Reds' Player Of The Season? 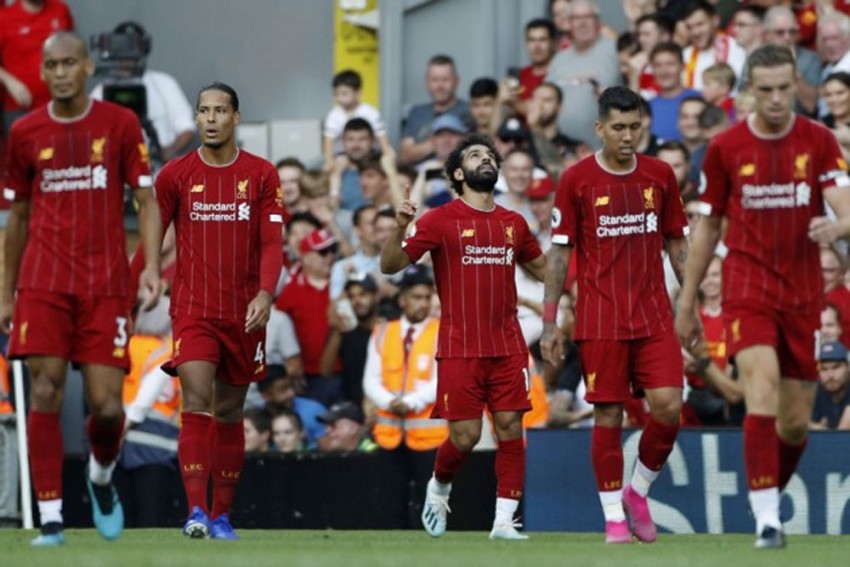 A host of Liverpool players are expected to be in the running for the end-of-season awards.
File Photo
Omnisport June 26, 2020 00:00 IST Liverpool Win Premier League: Who Is The Reds' Player Of The Season? 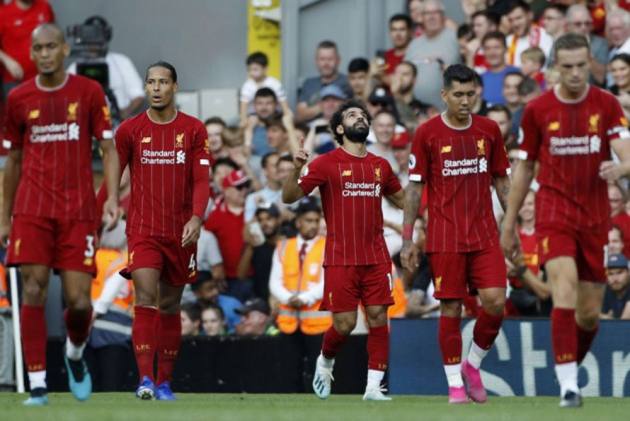 It ends a 30-year wait to reign supreme in England's top flight for the Anfield club and means Jurgen Klopp's stars will be rightly celebrated.

Becoming champions with seven matches to spare underlines the dominant nature of a campaign masterminded by their brilliant manager.

As such, a host of Liverpool players are expected to be in the running for the end-of-season awards.

But which of Klopp's heroes has been the most important to the cause? Here, our writers pick out who has been the star turn and state their case.

The majestic front three and the defensive solidity acquired through the astute big-money purchases of Alisson and Virgil van Dijk are the twin pillars of this Liverpool triumph, but Trent Alexander-Arnold gives them their x-factor. Shut down Sadio Mane, Mohamed Salah and Roberto Firmino if you can, but then find yourself terrorised by a lavishly talented youngster who might yet redefine what the modern full-back looks like.

Lethal from both open play and dead ball situations, the 21-year-old has been the Reds' main creative force this term and it's not even particularly close. Andy Robertson is second to Alexander-Arnold's 12 assists with eight, while the right-back's 78 chances created dwarf the next best return – 49 from Salah.

30 - Trent Alexander-Arnold has been directly involved in 30 Premier League goals since his debut in August 2016 (5 goals & 25 assists), at least five more than any other defender in that time. Whip. pic.twitter.com/9Vv82hKeyM

Van Dijk has been the one ever-present for Liverpool this season, starting every single Premier League match. The Dutchman leads the way for clean sheets in the division with 14.

Throughout the campaign he has been the ultimate assuring presence at the back, from his exceptional reading of the game, dominant physicality and fine technical ability. While Salah, Mane and Firmino may be responsible for most of the goals, they would also be significantly worse off without Van Dijk, whose impact at Anfield continues to amaze.

1 - Virgil van Dijk is the first defender to receive the PFA Players' Player of the Year award since John Terry did so in 2004-05, when he captained Chelsea to the Premier League title. Rock. #PFAAwards #POTY pic.twitter.com/oCjthb3nSL

If Van Dijk is the Rolls Royce at the back and the forward trio are sports cars capable of going from 0-60mph in a hurry, Jordan Henderson is the equivalent to a five-door family hatchback. Flashy? No. Supremely reliable? Absolutely.

Under Klopp, the Reds' win percentage is almost 13 per cent higher (68.8 per cent compared to 56) when Henderson plays. Their only league defeat so far this season, away to Watford, came without the skipper in the line-up.

The midfielder has contributed in attack, providing five assists and grabbing three goals in 2019-20, but that's not his major purpose. Henderson knows his role and plays it to perfection, serving as the manager's on-field lieutenant as he passes and presses relentlessly to help break opposition teams down. Having lifted the Champions League last season, now he has captained Liverpool to domestic glory too.

308 - Jordan Henderson played more Premier League games in this decade than any other player, one ahead of teammate James Milner (307). Leader. #Opta2010spic.twitter.com/kqzZMRRHY9

It's often said the mark of champions is to win not just when playing well, but when victory seems beyond you. Sometimes – if not often – Liverpool have been up against it and in need of a saviour. More often than not, that saviour has been Sadio Mane.

Mane has been Liverpool's most impressive attacking player all season, his all-round game now honed to a frighteningly high level that has produced 15 goals and seven assists. Those goals have been undeniably crucial, yielding 18 points in 2019-20, a tally nobody in the Premier League can better. If ever Liverpool looked likely to falter, Mane's goals kept them on course.

10 – Sadio Mané’s strike against Leicester was his 50th for @LFC in the Premier League, making him the 10th different player to reach that milestone for the club in the competition (more than any other side). Nifty. #OptaPLRefresher pic.twitter.com/ZinxUuiSZG

Salah's prolific debut season following his arrival from Roma – he scored 44 goals in all competitions in 2017-18 – raised the bar ridiculously high. Even in the previous campaign, no one scored more in the Premier League than the Egyptian's 22 and he is once again Liverpool's leading marksman in 2019-20.

His total of 21 goals in all competitions sees him average one every 146 minutes, while no one in the Premier League has scored more than Salah's seven match-winners.

However, Salah is about more than just goals. He has created 49 chances and provided seven assists. Liverpool's struggles to break down a stubborn Everton defence when the 28-year-old remained on the bench throughout their first game after the lockdown only underlined his importance.

70 - Against Bournemouth, Mohamed Salah scored his 70th goal in his 100th Premier League game for Liverpool – only Alan Shearer (79 with Blackburn) has scored more in his first 100 games for a club in the competition. Deadly. #OptaPLRefresher pic.twitter.com/4h6Tm0Zwvo