Mikel Arteta spoke glowingly of Liverpool's return to English football's summit as he looks to restore the glory days to Arsenal. 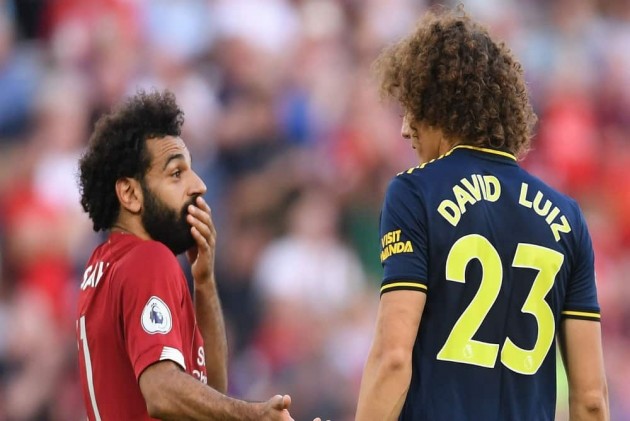 Liverpool's ascent to become Premier League champions under Jurgen Klopp has given Mikel Arteta belief that he can plot a similar revival at Arsenal.

Manchester City's 2-1 loss to Chelsea on Thursday meant the Reds were confirmed as champions of English football for the first time in 30 years.

In the intervening period, Arsenal won four league championships and they finished above Liverpool in Klopp's first season in 2015-16.

However, the two have gone in opposite directions since, with the Reds having claimed twice as many points as the Gunners' 43 from 31 games.

Arteta, only appointed as the Gunners' head coach in December, admires how Klopp has transformed Liverpool and thinks it should serve as encouragement to his current squad.

"They've come so far as a club and as a team in the last few seasons," Arteta said at a media conference.

"I think they set a very clear club culture that they have been able to transmit to the supporters and generate belief.

Waking up with that #FridayFeeling

"I think they have a very clear philosophy with the way they want to play, the way they approach every game, and then they've got some really good recruitment.

"Starting from the staff and the coach and all the players they signed, they are specifically for the way they want to play so congratulations to them."

Asked whether Liverpool are an inspiration for Arsenal, Arteta replied: "Well, yes, because they were in a very difficult position four years ago and they made a lot of right decisions – some difficult decisions, some unpopular decisions but the right decisions for them.

"They have been very consistent with their messages, very clear messages from top to bottom, and a ruthless mentality to go every game with the mentality to win the game."

Klopp took Liverpool to two cup finals in his first campaign, though Liverpool lost on both occasions.

FA Cup glory may be Arteta's most realistic goal this term too given his side are 11 points adrift of the Champions League places.

The Gunners face Sheffield United in the quarter-final on Sunday.

"We are very excited," Arteta added.

"It is a competition that is very linked to this football club – that has won it more times than anybody else in this country.

"The players are excited, having the chance to go to Wembley even if it's empty, it's such a special occasion so we'll try hard.

"We're going to face a difficult opponent for sure but the boys are excited about it."