Klaesson joined from Norwegian club Vålerenga for an undisclosed transfer fee and signed a four-year contract. 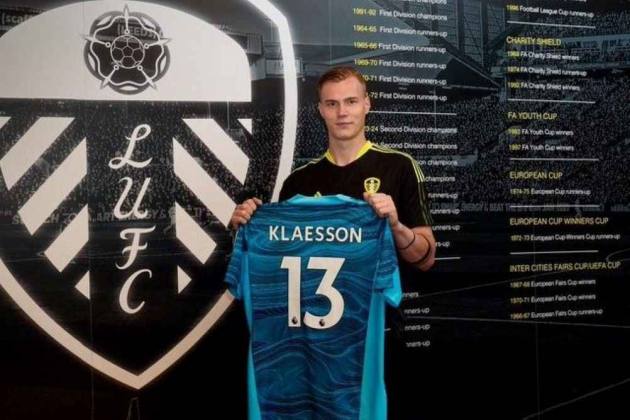 Klaesson joined from Norwegian club Vålerenga for an undisclosed transfer fee and signed a four-year contract.

Klaesson has made 57 appearances for Vålerenga in Norway's top division and has represented Norway at youth levels.

"He will add further competition amongst the goalkeeper ranks at Leeds, alongside Illan Meslier," Leeds said in a statement.

Meslier made 35 appearances last season as the Frenchman became the youngest goalkeeper in Premier League history to record 10 clean sheets, the team said.

The squad kicks off the new season at Manchester United on Aug. 14. (AP)