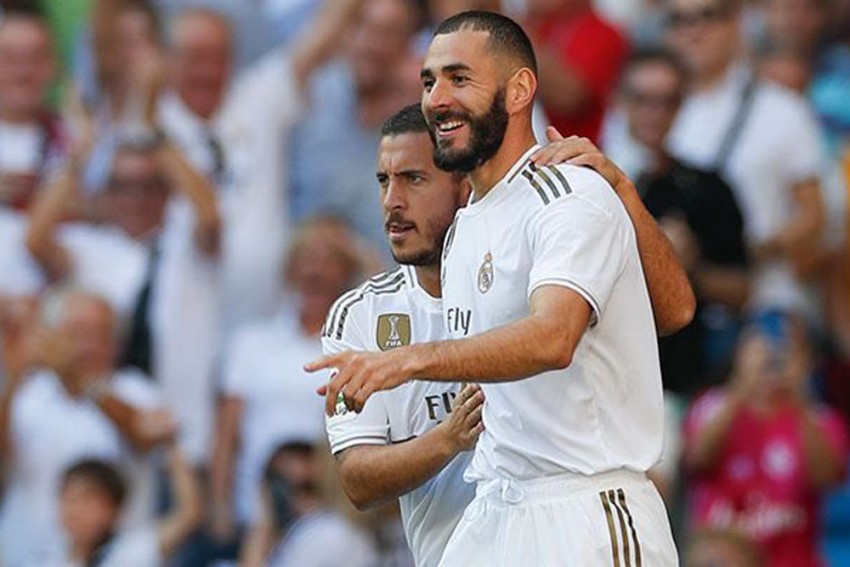 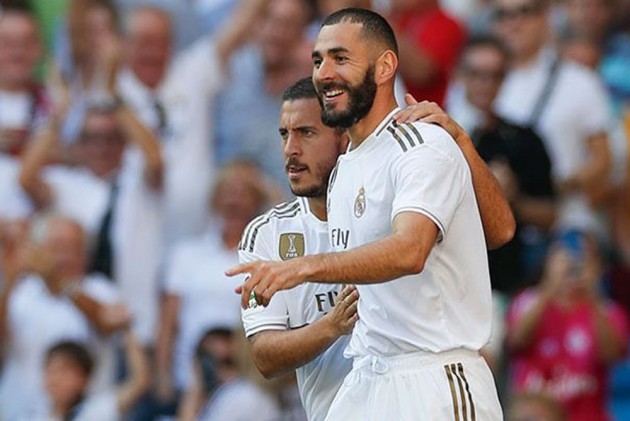 Real Sociedad meet Real Madrid on Saturday with the chance to reassert their stiring start to the season and press home their case as genuine contenders for La Liga's top four.

They head to the Santiago Bernabeu sitting two points behind Madrid and as the league's surviving surprise package after Granada's fairytale opening has dissipated following three consecutive defeats.

Real Sociedad have so far avoided a similar reality check, even if their latest three games before the international break showed some signs of strain.

They were held by Leganes, who are rooted to the bottom of the table, two weeks after losing at home to struggling Levante, who had then sat 13th.

"I went into the dressing room and it looked like a funeral," said coach Imanol Alguacil after the draw against Leganes.

Around those slips were narrow wins over Celta Vigo and Granada, each achieved with goals in the last 10 minutes, which could be seen as evidence of a ruthless streak or a double stroke of luck.

Yet their lofty position is well-deserved. Real Sociedad have arguably been the most fluid, free-flowing side in the division so far, more entertaining to watch than Barcelona and with fewer goals conceded too.

They have frightened opponents with their pace and bullied them with their intensity.

In Martin Odegaard, they boast perhaps the most impressive creative midfielder of the season and while the 20-year-old is on loan from Real Madrid, he will be allowed to face his parent club, presumably with a point to prove.

"When you see him in training and when he plays, you realise he is a special player," said Nacho Monreal this week, signed from Arsenal last summer.

"He has found the right place to play and we work around him."

Mikel Oyarzabal's touch, craft and dazzling feet makes it easy to see why he continues to be linked with Europe's elite clubs even if the freedom he enjoys also owes a debt to the energy of Mikel Merino and Zubeldia behind him.

Oyarzabal has four goals, along with Portu, while Willian Jose has five.

They face a Madrid side that was finding their rhythm before the international break, after playing five games without conceding a single goal and winning four of them while scoring 16.

Since October 5, Gareth Bale has not played for his club once but represented his country four times and, if selected, it remains to be seen how the Madrid fans react after the way he celebrated Wales' qualification for Euro 2020.

After their win over Hungary in Cardiff, Bale bounced up and down behind a banner that read: "Wales. Golf. Madrid. In that order", an ironic reference to his list of priorities.

They sit behind Barcelona on goal difference and ahead of Atletico Madrid by a point. Barca are away at Leganes earlier on Saturday, while Atletico visit Granada. Sevilla, in fourth, travel to Real Valladolid on Sunday.

One to watch: Gerard Pique

Pique returns to Barcelona duty after an international break that saw the launch of tennis' new Davis Cup, which the Spaniard has helped revamp through his marketing company Kosmos.

The 32-year-old has long faced accusations of holding too many interests outside football but Valverde insisted last month that he would only share those concerns when Pique's performances dipped.

At the end of a big week of tennis in Madrid, Pique's display will be under the microscope.

6 - Alvaro Morata has six goals in his last six matches for Atletico Madrid.

391 - Days since Julen Lopetegui was sacked as coach of Real Madrid. If his Sevilla side beat Valladolid they could go top.

5 - Celta Vigo have lost their last five games in a row ahead of Sunday's trip to Villarreal.