For the first time in months, the Supreme Court is all set to take a decision on the fate of Sourav Ganguly and Jay Shah as office-bearers of the Board of Control for Cricket in India (BCCI). The BCCI matter is listed for hearing on Wednesday (December 9) along with related applications (IAs) and other state-level cricket matters. (More Cricket News)

Former Supreme Court judge, Justice AK Patnaik, is backing the three-judge bench led by Justice L. Nageswara Rao to "arrive at a solution" and conclude the matter that has been gathering dust for almost eight months.

Justices Hemant Gupta and Ajay Rastogi will be the other judges on Rao's bench. The indication to earnestly dispose of the BCCI matter was ordered at a hearing on December 1.

Three BCCI office-bearers -- Ganguly, Shah and joint secretary Jayesh George -- have taken refuge to a petition filed by the BCCI to continue in their chair despite their terms getting over. This petition was not given importance by a two-judge bench headed by Chief Justice Sharad Bobde.

According to the new BCCI constitution, that was passed by former Chief Justice of India Dipak Misra on August 9, 2018, Ganguly, Shah and George are supposed to "cool off" after being in cricket administration for six continuous years (two terms of three years each) either at a state association or BCCI.

Only treasurer, Arun Singh Dhumal, is a legitimate office-bearer as per the BCCI constitution. Dhumal is the brother of former BCCI president and BJP MP Anurag Thakur.

BCCI has openly defied the Supreme Court-mandated constitution that was drawn up after years of intense study by the Justice RM Lodha Committee and executed by the Committee of Administrators.

The new BCCI constitution was registered on August 21, 2018 but it has never been fully implemented by Ganguly & Co who were elected in October 2019.

In its petition in May, the BCCI wanted six clauses in the new constitution changed. If allowed, the BCCI will effectively go back to its old ways of functioning where the office bearers have supreme authority and control.

"It's a sad state of affairs. This is exactly what we wanted to change after the IPL fixing scandal brought to light how people like Srinivasan were misusing their authority.

"There is just too much self-interest and greed for power," said Justice Patnaik in an interview to Outlook on Tuesday, adding: "some cricketers, filmstars and politicians are only thinking of themselves."

Justice Patnaik was the first Supreme Court judge to crack the whip on powerful BCCI officials.

He had ordered ex-BCCI boss N. Srinivasan out of cricket administration and formed the Justice Mukul Mudgal committee to find out how deep-rooted corruption in cricket was. 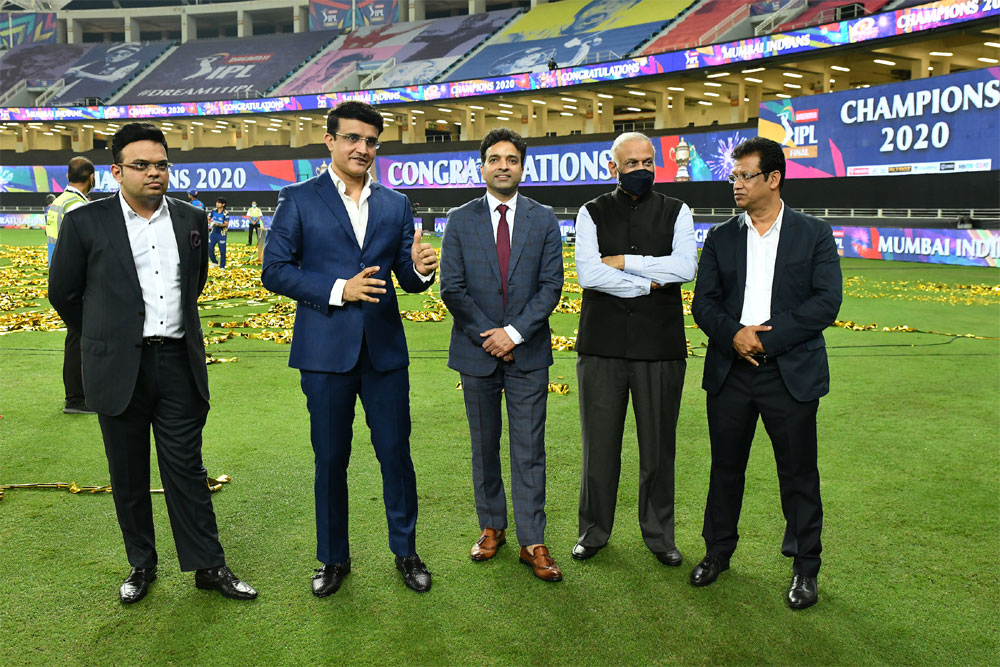 Justice Nageswara Rao was hand-picked by Justice Patnaik to be part of Mudgal's committee. That gives Justice Rao a clear picture of BCCI's ways and means.

"He is an ex-cricketer and an extremely honest person. He has earned enough money in his life and won't be swayed by anything. I am sure he will do justice," said Justice Patnaik when asked about his expectations from Rao.

It is learnt that Justice Rao's bench has specifically asked for the BCCI files. At least the ball will be set in motion, said insiders monitoring the case. "It's going to be a matter of time now," said a legal source.

The BCCI elections are due on December 24 at 3 PM. Announcement of list of contesting candidates will be made at 5 PM on December 19.

As per the new constitution, four spots -- president, vice-president, secretary and joint-secretary -- are up for grabs. AK Joti will be the electoral officer. A lot can change in the next few days.