The Philadelphia 76ers stayed hot at the expense of the Los Angeles Clippers, while Donovan Mitchell hurt his ankle 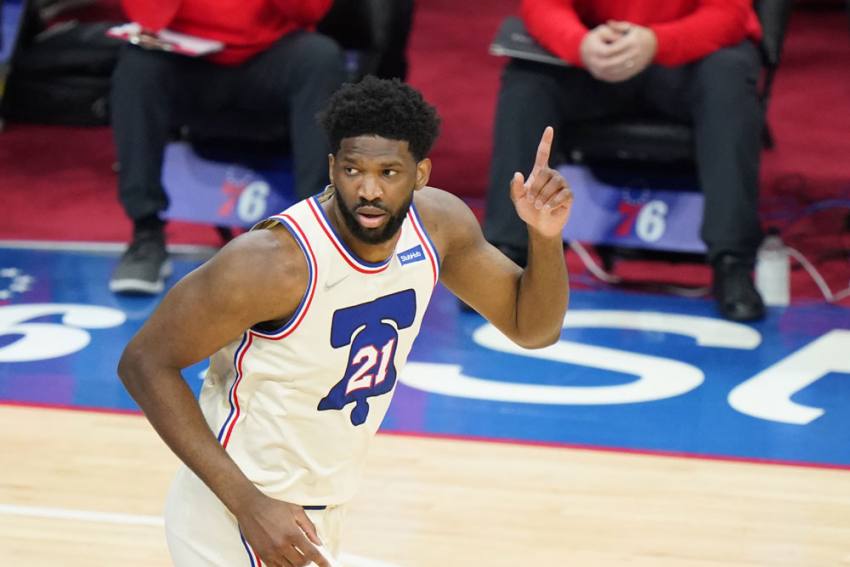 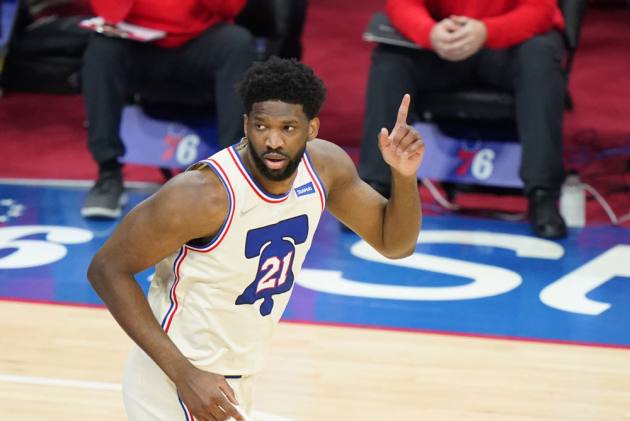 Embiid posted 36 points and 14 rebounds as the 76ers extended their winning streak to four games, while snapping the Clippers' seven-game run on Friday.

After being outscored 20-3 early in the opening quarter, the Kawhi Leonard-less Clippers rallied to take the lead during the closing stages of the final period in Philadelphia.

But the 76ers (39-17) scored seven straight points to move clear 99-94 and they never relinquished the lead, despite the Clippers' efforts.

Having topped Eastern Conference rivals the Brooklyn Nets on Wednesday, it is just the third time in franchise history the 76ers have claimed back-to-back wins against teams 20-plus over .500 after 1966 and 1983.

Paul George put up 37 points and nine rebounds for the Clippers (39-19), who also had a season-high 18 points from Patrick Patterson.

George joined Bob McAdoo, World B. Free and Leonard as the only players in Clippers history to have five straight games with 30-plus points.

The NBA-leading Utah Jazz (42-14) rallied to beat the Indiana Pacers 119-111 after All-Star Donovan Mitchell exited due to an ankle injury.

Mitchell suffered a sprained ankle in the second half, having scored 22 points before leaving in the third quarter.

All-Star team-mates Rudy Gobert (13 points and 23 rebounds) and Mike Conley (10 points and 10 assists) both had double-doubles, while Bojan Bogdanovic put up 24 points.

Julius Randle's 44 points and 10 rebounds led the New York Knicks past former team the Dallas Mavericks 117-109. Randle became the first Knicks player since Bernard King in 1985 to record 40-plus points, 10-plus rebounds and five-plus assists in a regular-season game. He also became the first Knicks player since Carmelo Anthony in 2013-14 to register multiple 40-point games in a single season.

The San Antonio Spurs lost 107-106 to the Portland Trail Blazers but Dejounte Murray starred with 13 points, 11 rebounds and 10 assists for his third triple-double of the season. The last Spurs player with that many triple-doubles in a season was David Robinson in 1993-94.

A Kevin Durant double-double of 25 points and 11 assists guided the Nets to a 130-115 win at home to the Charlotte Hornets. Miles Bridges put up a career-high 33 points for the Hornets.

Jimmy Butler's 30 points and 10 rebounds were not enough after the Miami Heat were upstaged 119-111 by the Minnesota Timberwolves.

It was a tough outing for the Rockets in Houston. Kevin Porter Jr. headlined their woes after he finished one-for-nine shooting for four points in 32 minutes. He missed all three of his attempts from beyond the arc.

The Orlando Magic lost again, beaten 113-102 by the Toronto Raptors. Orlando's Gary Harris was scoreless from the field. He was 0-for-seven from the field, while failing to make both of his three-point shots.

NERLENS NOEL DENIES IT AT THE RIM ON ESPN! pic.twitter.com/oAZ1cJm9hF

Defending champions the Los Angeles Lakers (34-22) will host the high-flying Jazz in a Western Conference showdown at Staples Center on Saturday.