Joe Root's unbeaten century, his second of the Cricket World Cup 2019 took his run tally to 279. His double wicket haul underlines his all-around contribution in victory over West Indies. 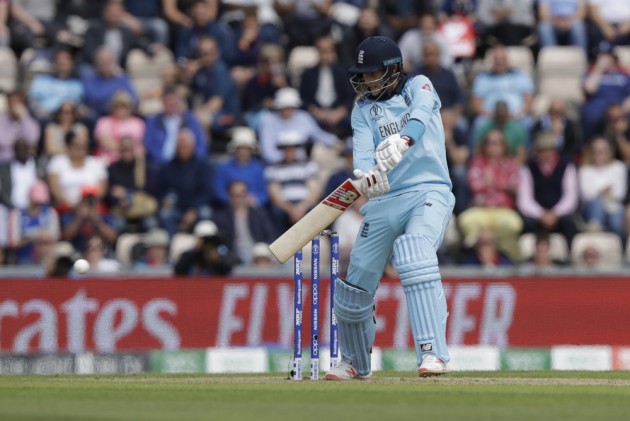 Joe Root was hailed as the ‘glue’ that holds together England’s dazzling batting operation after his superb match-winning century guided the injury-depleted hosts to the most convincing of eight-wicket triumphs over West Indies in Southampton.

Captain Eoin Morgan also described his brilliant match-winner as the man with a ‘golden arm’ after Root’s part-time off-spin helped England pick up two key mid-innings wickets as the West Indies were 212 all out.

Yet while he was receiving all the plaudits for his 94-ball unbeaten 100, which helped make England’s chase a stroll despite the absence of two key players, Root himself was adamant that there was still improvement to come from him after he had become the top scorer in the tournament.

Having also scored a century against Pakistan, he has now amassed 279 runs over four matches, becoming the first England player to score two hundreds in a single edition of the ICC Men’s Cricket World Cup since Kevin Pietersen 12 years ago.

He’s also the first in history to compile three in total, as the hosts moved imperiously to second in the table. Yet the Yorkshireman brushed aside the landmarks modestly.

“It’s not about the number of runs you score, and being the one that stands out in terms of individual accolades,” said Root.

“It’s about building those substantial partnerships that win you games and collectively getting the job done.

“It was important we didn’t panic and kept it together. We managed to get across the line and did it really convincingly in the end so it’s a really good sign and will fill the dressing room with a lot of confidence in knowing that we don’t have to go about things in just one way to be successful.”

What was so impressive was that because of injuries to Morgan and opener Jason Roy, Root was asked to slot in as opener for the first time in ODIs - and he responded in his usual immaculate fashion.

Morgan, who suffered a back spasm, could not have been more impressed.

“He’s such an important player for us, he is the glue that holds everything together and probably a side of his batting that’s got better over the last two or three years that people haven’t seen a lot of is his expansive game.

As for his bowling, with Root chipping in to get rid of the dangerous pairing of Shimron Hetmyer, and captain Jason Holder in the space of three overs, Morgan admitted it had been advice from Jos Buttler being the stumps that had persuaded him to let Root loose with his twirlers.

He revealed: “Adil (Rashid) had got it to turn so much, Jos said ‘it’s turning more than you think here’ so we discussed it and then went with it for one, possibly two overs but Joe started brilliantly; he’s got a golden arm.”

And Root, who ended up taking 2/27 off five overs, was certainly revelling in his surprise all-rounder status.

He added: “I didn’t really expect (to get so many overs). I got the opportunity and it was nice to pick up a few wickets. I probably burgled them rather than out-skilled them. I’m not the most skillful off-spinner, so I was just trying to be as unpredictable as possible.”