According to the Lodha Committee recommendations, politicials/public servants are not allowed to hold office-bearers' posts. 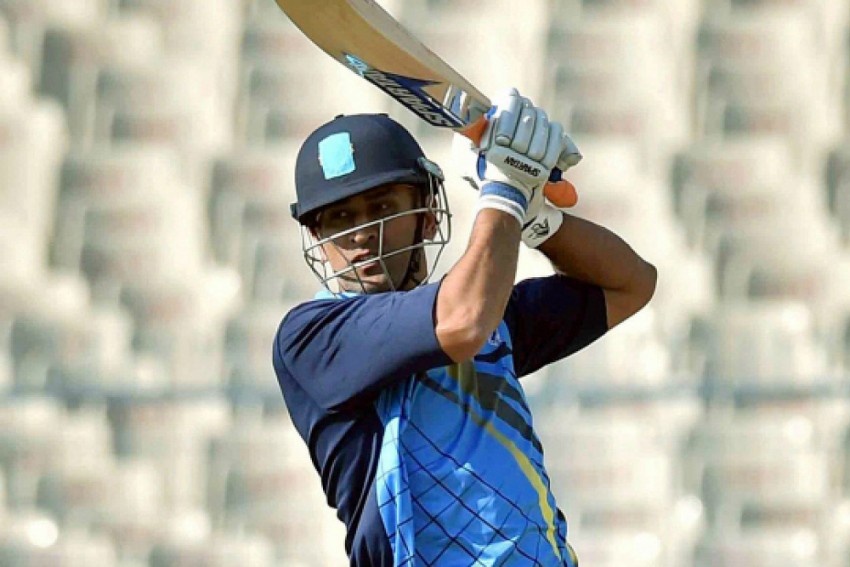 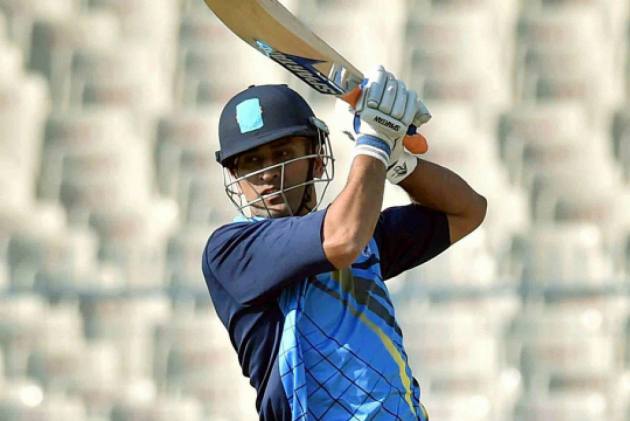 As many as seven present – including an office-bearer -- two expelled, and the wife of a jailed life member of the Jharkhand State Cricket Association (JSCA) have contested the state assembly elections. This must be some sort of a record for a state cricket association when so many of its life members have tried their luck in real politics.

JSCA vice-president Ajay Nath Shahdeo is the lone office-bearer of the JSCA in the fray, contesting from Hatia constituency on a Congress party ticket. JSCA president Nafis Akhtar finds it “interesting” that several members of the association have tried their luck in the state election. “Why not? It is interesting to see so these people contesting. And they must be facing a challenge in politics as well. But since I am a medical doctor and busy, I’m not very much involved in politics,” Akhtar told Outlook.

The JSCA has 652 life members, besides 11 honorary members, and 87 affiliated units, as per the association’s website. A new set of JSCA office-bearers came to power at the September election, with Shahdeo being the only office-bearer who was elected unopposed. Interestingly, Mahendra Singh Dhoni had not been given the privilege to vote in his home state at the time of the election. After the election, he was made a life member, though his name still doesn’t appear on the JSCA website.

Of the other life members in the field, besides Shahdeo, three are sitting MLAs, and all of them belong to the BJP. They all contested again on BJP tickets. They are: (1) Biranchi Narayan, the sitting MLA from Bokaro; (2) Manish Jaiswal, who is president of the Hazaribagh District Cricket Association, is trying to retain his seat from Hazaribagh, and; (3) Kunal Sarangi, who had contested on a Jharkhand Mukti Morcha (JMM) ticket from Baharagora in 2014 and defeated Dineshananda Goswami of the BJP, has since switched loyalty and this time contested on a BJP ticket from the same constituency.

The fourth JSCA life member contesting on a BJP ticket is Rananjay Kumar, who was earlier with the JMM and has now fought from Ramgarh constituency. The other person -- the lone woman – contesting on a BJP ticket is Ragini Singh, wife of Sanjeev Singh, a life member of the JSCA. Sanjeev is presently being tried for murder of his cousin and political rival Niraj Singh. Interestingly, Ragini contested her sister-in-law Purnima Singh, widow of Niraj, who fought on a Congress party ticket.

Sabita Mahato, another JSCA life member, tried her luck from Ichagarh on the ticket of Jharkhand Mukti Morcha. She is the wife of late Sudhir Mahato, brother of late Nirmal Mahato, who had sought an independent state for Jharkhand. She had lost to Sadhu Charan Mahato of the BJP in 2014.

One JSCA life member and one suspended life member has contested on the tickets of the Jharkhand Vikas Morcha (Prajatantrik). Former RJD leader Uday Shanker Singh is contesting from Sarath and is pitted against Jharkhand Agriculture Minister and BJP candidate Randhir Singh. Uday Shankar had lost to Randhir in 2014 from the same constituency.

Saroj Singh, an expelled life member, contested from Dhanbad. He was expelled from the association’s membership after the 2017 JSCA election during which he supported the group opposed to Amitabh Choudhary. Mohammad Khalid Khalil is another JSCA life member who was expelled as a result of the JSCA’s internal politics. He recently joined Rashtriya Janata Dal, and has contested from the Giridih constituency.

The results of the Jharkhand assembly election are scheduled to be declared on December 23.

Commenting on so several JSCA life members contesting assembly election, Shahdeo pointed out that they were drawn from different political parties. “My own election was very nice, very good, and I shall win. And the BJP is long badly here in Jharkhand, and will not win more than 25 seats. Different people are mentioning different number of seats the BJP is going to win, but no one is giving the party more than 28 seats. I am confident. Let us see,” Shahdeo, a former fast-medium bowler, told Outlook.

Shahdeo said if he wins, he would quit JSCA vice-president’s post as per the Lodha Committee recommendations accepted by the Supreme Court. “Cricket is my passion, my hobby. And I’m always there for the association. But if I win, I’ll obviously have to resign from the post, and I’ll do it immediately. Since it’s a Supreme Court judgement, there’s no question of ‘if’ and ‘but’. However, as a life member I’ll remain very active for the association and will take up whatever responsibility would be given to me, something that I’ve been doing so far,” added the 49-year old management certificate holder.

Biranchi Narayan, who has been a JSCA life member since 2001, is all for politicians getting into cricket administration and vice-versa. “It’s good that so many JSCA life members are fighting assembly elections. It will be for the betterment of Jharkhand. I am making an effort to construct a cricket stadium in Bokaro for which 20 acre land has been allocated and the processing fee for it has been paid,” Narayan, who won the Bokaro assembly seat with a handsome margin in 2014, told Outlook.

Khalil, who was expelled by the Amitabh Choudhary-headed JSCA for skipping meetings, says once the new government is formed he would raise the issues concerning the JSCA. “A resolution was passed, saying that life members who won’t attend three meetings would be expelled. My basic contention against that is that one can attend meetings only if he is informed about it. I was not informed. Their sole aim was to remove me, perhaps because I, too, am a politician,” Khalil told Outlook.

After taking premature retirement from police service, Amitabh Choudhary, too, contested the 2014 Lok Sabha election on a JVM (P) ticket from Ranchi and finished fourth.

Khalil further said that his endeavour has been to see the JSCA as a neutral body, absolutely neat and clean. “But Amitabh Choudhary has taken a vice-like grip on the association and sidelined people like me who wanted to contribute to the body. It is true that he has done some work, but why is he so much interested in the JSCA? I am not going to quit the JSCA issue. Once the new government comes to power, we will try and raise the raise this issue. The state government can at least question him. Saroj Singh, another expelled, life member is contesting the Jharkhand assembly election. So, let’s see how it pans out,” he said. 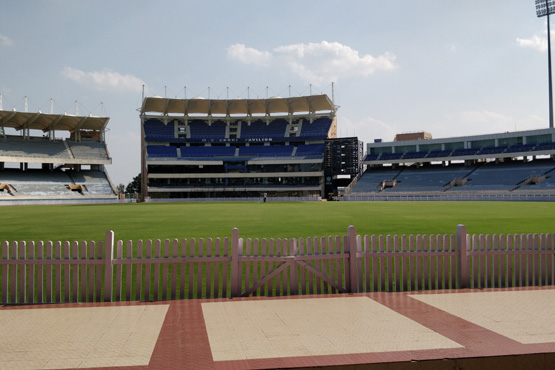 The JSCA International Stadium Complex is located in Ranchi.

Sunil Singh, a former secretary of Ranchi cricket association who was also expelled by the JSCA in 2013 after he contested against the group led by Choudhary, is against members of state cricket bodies contesting assembly elections. “People become members of the board then get elected as officials. They then use their power to start their political careers. First they distribute passes [of international matches] to their supporters. Now, we have a club within the new JSCA International Stadium complex, and a JSCA member contesting state assembly election can use this to his/her advantage. Also, if a player happens to be the son of a person who is from a political party a JSCA member represents, he can influence the selectors, too,” said Singh.

Singh said that when Lodha Committee recommendations were upheld by the Supreme Court he hoped that transparency and accountability would replace the opaque JSCA administrative set-up. “Tenure recommendations, age cap, political interference, wider representation, financial accountability etc. comprised the new constitution. Good governance is the key; it means putting in place systems that don’t rely on individuals. And with politicians contesting elections in state cricket associations, and vice-versa, there’s too much conflict of interest,” he contended.