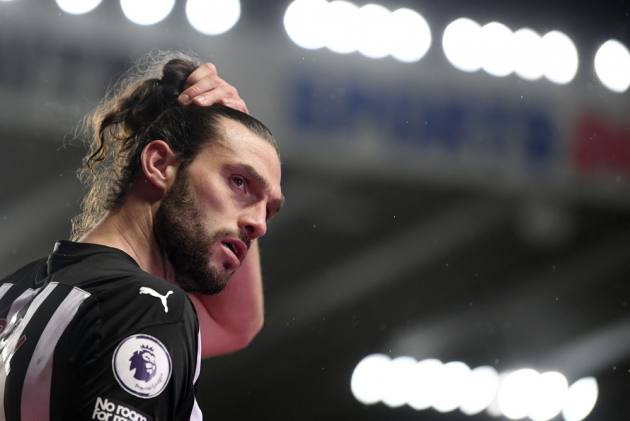 Harry Kane and Son Heung-min were both on target as Jose Mourinho's side ended a four-match winless streak in the competition with a comfortable 3-0 triumph over Leeds United.

Their rapport has been one of the defining stories of the season but, away from north London, several other games produced some interesting statistics.

With the help of Opta data, we take a look at some of the quirkiest stats from the weekend's action, with Leicester City's win at Newcastle United a source of a couple of fascinating facts.

The South Korea international swept in Kane's pass to become the 18th Spurs player to score 100 goals for the club in all competitions on what was his 253rd appearance.

13 - Harry Kane and Son Heung-min have now combined for 13 goals in the Premier League this season - no duo has ever combined for more in a single campaign in the competition. Telepathy. #TOTLEE pic.twitter.com/zgvgCLRPUJ

Kane has now assisted nine goals for Son in the Premier League, while the South Korean has laid on four for the England captain in the 2020-21 season – no two players have linked up more in a single season in the competition.

They have plenty of time left to leapfrog Alan Shearer and Chris Sutton, who combined 13 times during Blackburn Rovers' 1994-95 title-winning season.

Jamie Vardy might be 33 but the Leicester striker is showing no signs of slowing down.

His assist for James Maddison's opener in the 2-1 win over Newcastle at the weekend means he has been directly involved in 98 Premier League goals since turning 30 (80 goals and 18 assists).

He leapfrogged Paolo Di Canio to move joint-sixth with Manchester United icon Ryan Giggs in the all-time list for most Premier League goal involvements aged 30-plus.

10 - Jamie Vardy has registered more Premier League assists for Leicester than any other player since the start of last season, whilst James Maddison's last three goals in the competition have come courtesy of Vardy. Variety. pic.twitter.com/GUpyrMJ0PP

He is now within touching distance of Gianfranco Zola (101) and Shearer (102), with Ian Wright in third with 110 involvements.

Chelsea boss Frank Lampard is second with 118, while Teddy Sheringham leads the way with 127 (77 goals and 50 assists).

Arsenal do not have a rich lineage of Scottish players during the Premier League era, but left-back Kieran Tierney is doing his best to change that.

The former Celtic man became the first Scottish player to score an away Premier League goal for the Gunners in their thumping of West Brom and the first to do so in the top flight since Charlie Nicholas in March 1986.

1 - Kieran Tierney is the first Scottish player to score an away Premier League goal for Arsenal. Tartan. pic.twitter.com/K5NTFQ9iWh

The 23-year-old cut inside from the left flank and curled a brilliant finish beyond Sam Johnstone to open the scoring, before then going on to tee up Alexandre Lacazette's second goal in the rout of Sam Allardyce's woeful Baggies.

Tierney – who has been tipped as a future Arsenal captain by boss Mikel Arteta – only needs one more goal to join Paul Dickov (three) as the Gunners' top-scoring Scottish player in the Premier League.

Newcastle tasted defeat against the Foxes but they could at least toast a return to the scoresheet after an almighty break for Andy Carroll.

Only Wayne Rooney has had a longer gap between Premier League goals for the same club than Carroll, who netted for the first time of his second Magpies spell.

Carroll's goal was his first for Newcastle since he re-joined the club in 2019-20. The former Liverpool and West Ham forward had last netted for the Magpies on Boxing Day 2010, in a 3-1 defeat to Manchester City.

With a gap of 10 years and eight days between his strikes for Newcastle, Carroll is behind only Rooney for the largest stretch of time between two goals for the same club in the Premier League.