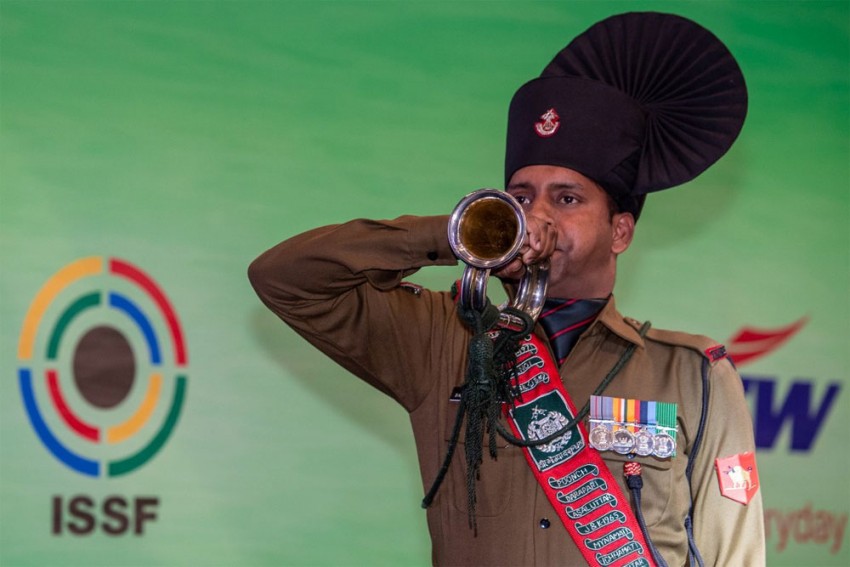 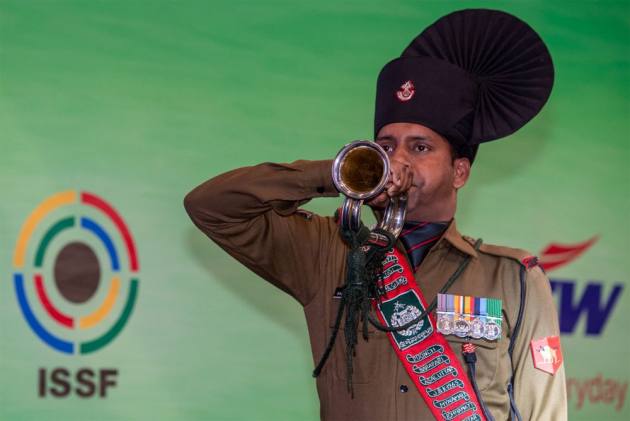 The gold medal contest between India and Hungary in the 50m rifle 3 positions men's team event of the ISSF World Cup here was on Thursday postponed after the visiting team pulled out following an internal dispute with its star marksman Peter Sidi. (More Sports News)

The gold medal round will now take place on Friday between hosts India and third-placed team USA in what seems to be an unprecedented development in the marquee event.

India and Hungary, who had finished in first and second place in the qualification round on Wednesday, turned up for their gold medal match, scheduled to begin at 11 am, but the visiting team's world number one shooter Istvan Peni and Zavan Pekler, after a discussion with the technical officials, refused to participate alongside Sidi.

The 42-year-old Sidi is a five-time Olympian and former world champion, having won the gold medal at the 2010 world championships in Munich.

"The Hungarian team has revolted against Sidi," an insider involved with the ongoing tournament told PTI.

"Thy say he is pushing the rules. It is an internal problem within the Hungarian shooting team and has been going on for the last four-five years, more so in the last one year, including last year's national championship," he added.

According to the source, the whole issue was over a bipod that Sidi had attached to the end of his rifle barrel.

Sidi contended that he was using the two-legged stand for weight balancing, which is in sync with the ISSF rule book, and not to stabilise the rifle during competition, which is not technically allowed, but Peni and his other teammate objected to it.

The source said the ISSF did not find anything wrong with Sidi after the matter was reported to the apex body's technical delegate.

In Wednesday's qualification, the Indian team of Niraj Kumar, Swapnil Kusale and Chain Singh led the field with an aggregate score of 875.

The Hungary team, comprising Peni, Pekler and Sidi, was placed second, while the American trio of Nickolaus Mowrer, Timothy Sherry and Patrick Sunderman was third.

The fourth team, Kenya, did not start.

As many as 294 shooters from 53 countries are taking part in the tournament, the last major outing for rifle and pistol shooters before the Tokyo Olympics.

India Vs England, 2nd ODI, Live Streaming: When And Where To Watch IND-ENG Cricket Match