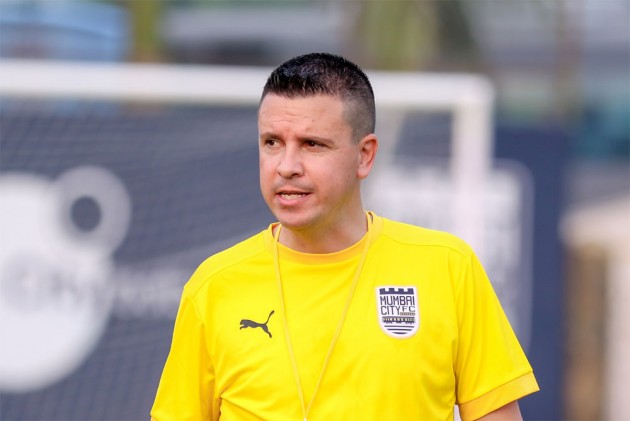 Mumbai City FC's head coach Sergio Lobera is a strong advocate of attacking brand of football, but the Spaniard wants his new team to strike a balance between attack and defence in the upcoming Indian Super League (ISL). (More Football News)

"My philosophy as the coach is to take care of football as well as the supporters. They need to enjoy the game during the 90 minutes. So, it is very important to play attacking football," Lobera said at the virtual pre-season press conference ahead of the ISL, which commences on Friday.

"Obviously we need balance. In football it's not possible to only attack. You need to balance between attack and defence. For Mumbai City, our style of play is very important. It's not about just winning but winning by playing beautiful football.

"When we have the possession we need to keep the possession. We need to quickly recover the ball when we lose the ball. Try to play in the opponent half and try to score as any goals as possible. And for me it's important to keep clean sheets as well."

Mumbai, who have never won the coveted ISL, have signed 19 new players this season.

Mumbai start their campaign on November 21 against NorthEast United FC.

Lobera feels the upcoming season will be more intense as all the teams have made good signings.

According to the coach, his players have worked very hard in the pre-season, which was different because of the COVID-19 pandemic.

"It is important for us to work in best ways as possible. We are working very hard and I'm happy with the professional attitude of my players, it is not easy and is a big challenge," he said.