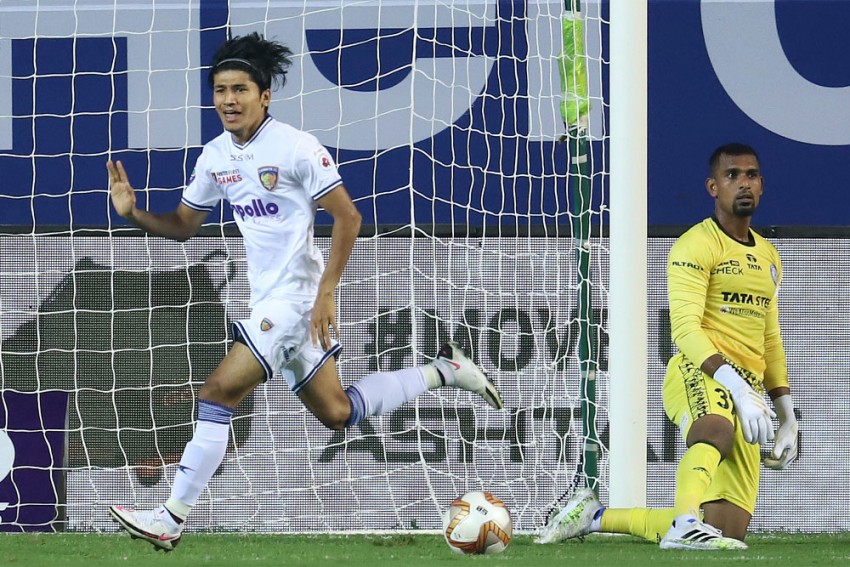 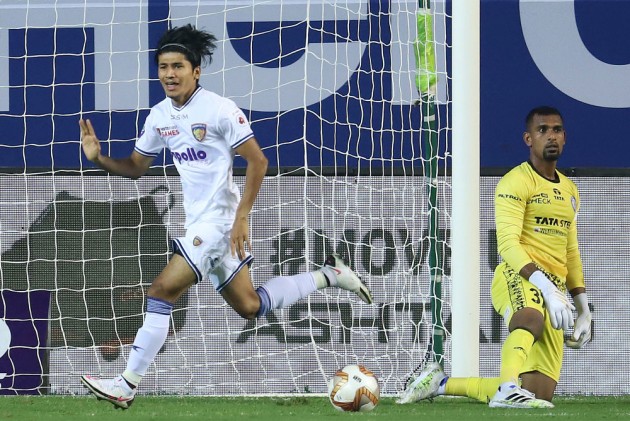 Much had been made of the fact that there was yet to be an Indian goalscorer after four games. Anirudh Thapa took barely a minute to set that right. His early strike coupled with a penalty from Esmael Goncalves (26') gave Chennaiyin FC a 2-1 win over Jamshedpur FC in the Hero Indian Super League (ISL) at the Tilak Maidan, Goa on Tuesday. (More Football News)

Last season's golden boot winner Nerijus Valskis (37') pulled one back but a string of misses ensured that Jamshedpur boss Owen Coyle started the season with a defeat to the team he managed last season.

Thapa got the game off to an electrifying start, scoring in the very first minute. Rafael Crivellaro won the ball and found Goncalves on the right flank. His low cross was powered into the net by the midfielder, the exuberance of his celebration matching that of his finish.

The next few minutes made it evident what sort of a game this was going to be. Jamshedpur's English defender Peter Hartley wasted a golden opportunity to draw his team level in the 7th minute and headed a free-kick wide off. Three minutes later, Goncalves found himself one on one with opposing custodian TP Rehenesh but failed to find the target.

Lallianzuala Chhangte missed a chance to score in the 20th minute. His first touch, as he received Crivellaro's excellent pass, took the ball away and the subsequent effort was pushed behind by Rehenesh. But he made amends five minutes later, drawing a push from Isaac Vanmalsawma inside the box and winning a penalty. Goncalves did not make a mistake from the spot.

Chennaiyin enjoyed a spell of domination soon after the second goal. With Hartley off injured, Jamshedpur's defence looked to be there for the taking. But a familiar face had different ideas. In the 37th minute, Valskis headed in Jackichand Singh's cross and reacted with folded hands, almost as if he was apologising to fans of his former team.

The second half started off where the first had left off with both teams creating chances in the first ten minutes. Chennaiyin forward Jakub Sylvestr wasted the best of them, firing a Chhangte cross over the bar. At the other end, Jamshedpur were pushing hard for the equaliser. Stephen Eze should have headed home in the 64th minute but missed the target while Jackichand failed to capitalise on an error by Chennaiyin keeper Vishal Kaith four minutes later. Jamshedpur were left to rue their misses as Chennaiyin held on for the win.