NorthEast United FC remain unbeaten and climb to the second spot in the ISL 2020-21 league table, while SC East Bengal are yet to score 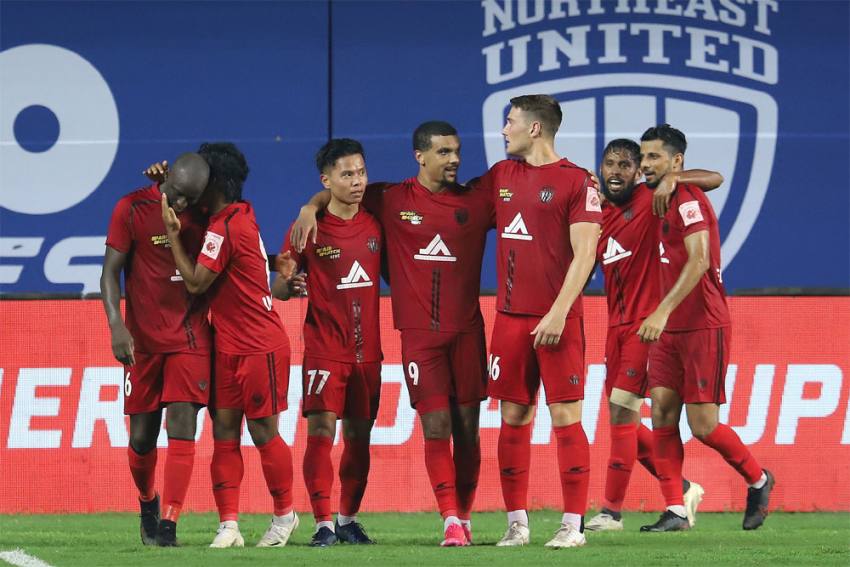 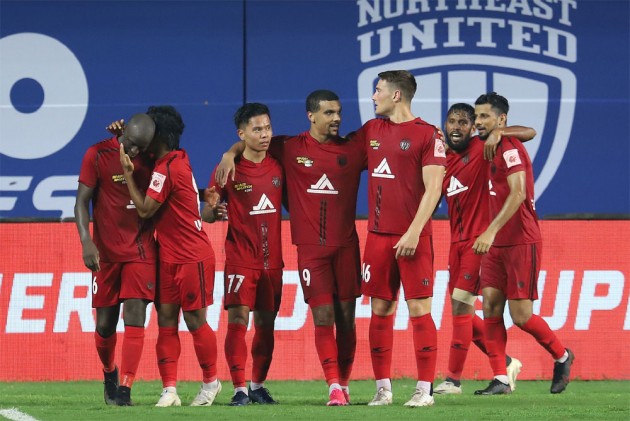 A Surchandra Singh (33’) own goal and an injury-time strike from Rochharzela (90’) helped the Highlanders remain unbeaten and climb to second spot in the league table. East Bengal are yet to score in the league. SCEB will be disappointed that a good display did not lead to points, with a couple of key refereeing decisions going against them.

SCEB coach Robbie Fowler made a solitary change to his starting XI which suffered a 0-3 defeat to Mumbai City FC with Sehnaj Singh coming in place of Daniel Fox.

NEUFC coach Gerard Nus continued to shuffle his squad making five changes to the side that drew against FC Goa. Gurmeet, Ashutosh Mehta, Mashoor Shereef, Kwesi Appiah and Ninthoinganba Meetei were back in the playing eleven.

SCEB were clearly the better side in a dour first half but they failed to translate their dominance into scoring. Their first opportunity arrived in the 4th minute from a Jacques Maghoma free-kick but Scot Neville’s header from the near-post fell into Gurmeet Singh’s arms.

Fowler must have thought his side had a penalty in the 20th minute when Maghoma, after taking a touch in the box, was tripped by Mehta. It looked like a clear foul but the referee waved play on.

NEUFC continued to hit their opponents on the counter as they had in previous matches. And that tactic paid off at the half-hour mark when they took the lead in a fortuitous manner. Appiah made a fine run on the right flank and found Sylla in the box. The striker failed to make good contact, but the ball deflected off defender Surchandra Singh's leg and rolled into the goal.

The second half continued with the same intensity with both teams going on the attack early on. SCEB keeper Debjit Majumder was forced into action early in the second half with Appiah and Sylla both testing him.

At the hour mark, SCEB had another penalty claim when Anthony Pilkington’s shot at goal seemed to have brushed a NEUFC defender’s arm before being parried by the keeper.

Sylla had a chance to settle the game in the 71st minute but with just the keeper to beat, the Guinean’s shot went wide. But NEUFC eventually doubled their lead off a late counter attack. Suhair Vadakkepeedika picked out Rochharzela in the box and the youngster found the back of the net to end SCEB's hopes.