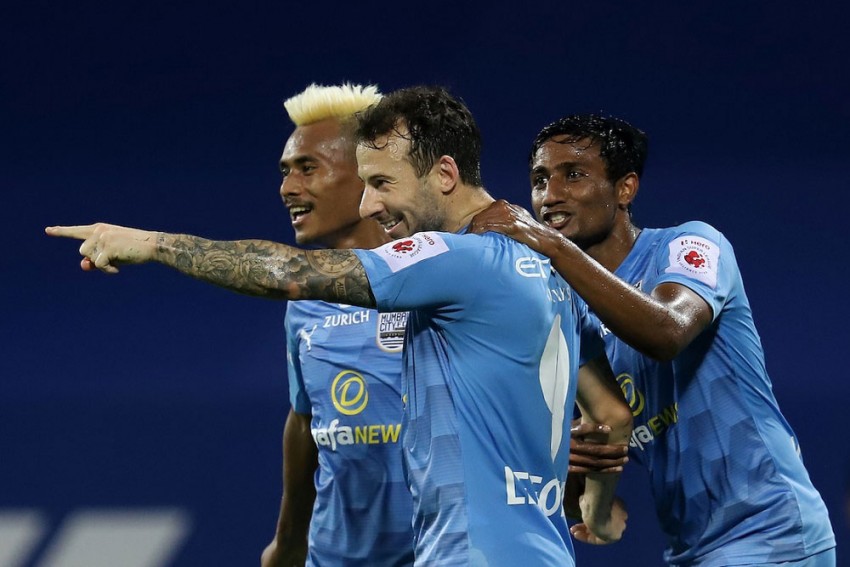 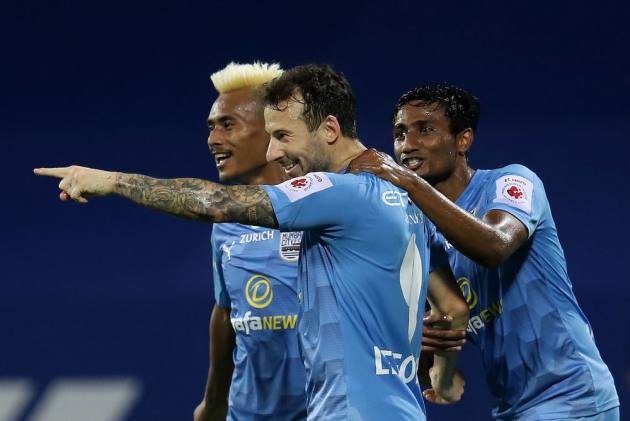 Hugo Boumous assisted all three goals as a brace from Adam Le Fondre (20', 48') and a strike from Hernan Santana (58') saw Mumbai register their second straight win with East Bengal (SCEB) yet to open their account.

Mumbai made four changes from their 1-0 win against FC Goa, with Ahmed Jahouh returning to the eleven. Meanwhile, SCEB made two changes to the side that lost the Kolkata derby.

SCEB suffered a huge blow early on as defender Daniel Fox was replaced by Mohammad Rafique.

Mumbai had the opportunity to break the deadlock in the 10th minute. Jahouh played a long ball towards Mandar Rao Dessai on the left flank. The defender fed Le Fondre in the box and the striker played a backheel pass for Hugo Boumous, who had his shot saved by Majumder.

Six minutes later, Mumbai goalkeeper Amrinder Singh was also called into action. Rafique pounced on a misplaced pass from Jahouh before firing a shot from long range that was kept away by Amrinder.

But it didn't take long for Mumbai to grab the lead. Mumbai won the ball outside their own box and Rowllin Borges provided a sublime diagonal ball towards Boumous on the left. The Frenchman displayed brilliant composure in the box to beat his marker and find Le Fondre, who made an easy tap in.

The Islanders continued to dominate the game after taking the lead.

SCEB had their chances too, towards the end of the first half, courtesy some sloppy passing from Lobera's side. But they were unable to find a finish. Three Mumbai players were booked before the break.

After the restart, Mumbai carried on from where they had left off and soon doubled their lead. The Boumous-Le Fondre combination once again worked wonders.
The Frenchman dribbled his way into the box before being tripped by Majumder. Le Fondre stepped up to take the penalty and sent the SCEB keeper the wrong way to double Mumbai's lead.

Lobera's men bagged another goal through a set-piece just before the hour mark with Hernan Santana getting on the scoresheet. Jahouh flicked the ball towards Boumous in the box, who laid on a pass for Santana on the volley. The Spaniard smashed the ball into the right-hand corner to score his maiden ISL goal.