Despite the presence of some of the biggest names in the Indian Super League, both Bengaluru FC and NorthEast United failed to produce a free-flowing game and shared the spoils 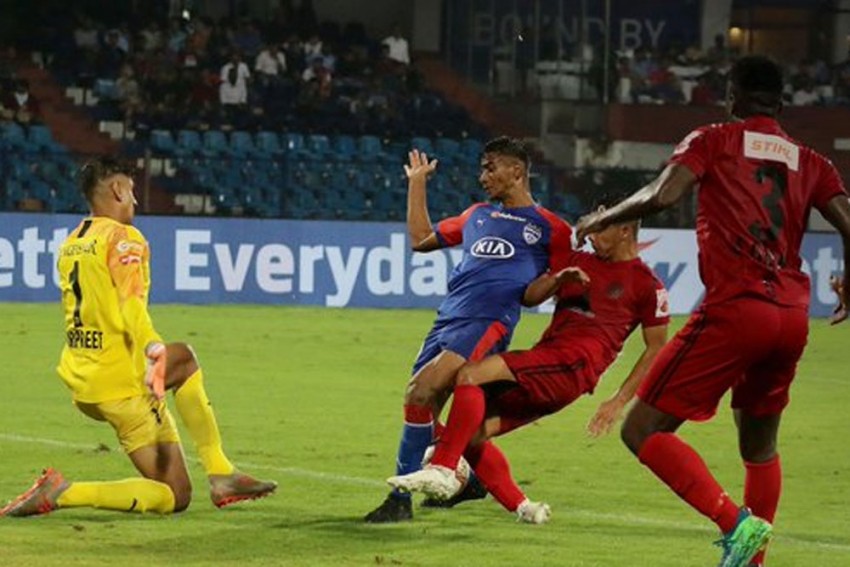 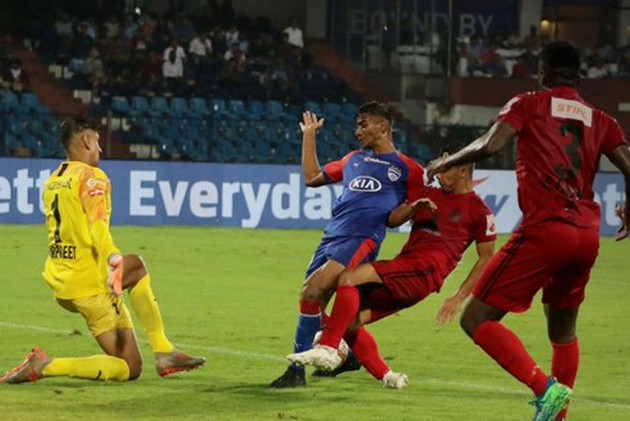 Holders Bengaluru FC began their title defence with a goalless draw against a spirited NorthEast United FC in the Indian Super League (ISL) at Bengaluru on Monday.

Debuts were handed out to several new signings, including Asamoah Gyan, Raphael Augusto and Ashique Kuruniyan but the teams couldn't be separated at the end the riveting contest.

Bengaluru got off the blocks quickly and pressed NorthEast high up the field.

Ashique announced his arrival with a trademark solo run from the left-back position in the 15th minute. The former FC Pune City player beat three players on his way into the box but shot wide of the mark.

NorthEast United were pinned to their own half in the early stages but were the first to have a shot on target. Collecting a layoff from Asamoah Gyan, Uruguayan Martin Chaves dribbled past Juanan and forced a diving save from Gurpreet Singh Sandhu in the 21st minute.

A few minutes later, Raphael Augusto split the Highlanders' defence with an exquisite pass that released Udanta into the box but the Indian winger failed to test the goalkeeper with a wayward shot from a promising position.

The intensity dropped as the first half wore on. The Bengaluru defence failed to clear a loose ball inside the box after the half-hour mark and Rahul Bheke's header back to Gurpreet ended up with Chaves who slashed wide in front of an open goal.

The game opened up after the break and both teams started finding openings.

Martin Chaves' rampaging run through the centre in the 52nd minute caught the Bengaluru defence off-guard. The forward found Gyan in space inside the box and the Ghanaian striker's splendid effort bounced back off the bar.

Bengaluru, however, responded by fashioning two huge chances. Sunil Chhetri won a header at the back post and found Michael Onwu at point-blank range but he could not sort his feet out in time and the danger was cleared.

A headed clearance by Mislav Komorski after the hour-mark fell to Nishu Kumar who unleashed a powerful strike at the goal which Subhasish Roy Chowdhury in the Highlanders’ goal brilliantly kept out with one hand while diving to his right.

Carles Cuadrat brought Eugeneson Lyngdoh on with less than ten minutes to go as Bengaluru tried to find a late winner but the NorthEast defence, led by Komorski and Kai Heerings, and screened by an ever-present Jose Leudo in midfield, did well to close the gaps, frustrate the hosts and pick up a point.