On a rain-hit evening with cyclone 'Bulbul' making a landfall near the West Bengal coastline, ATK beat Jamshedpur 3-1 at Salt Lake Stadium in an engrossing Indian Super League match 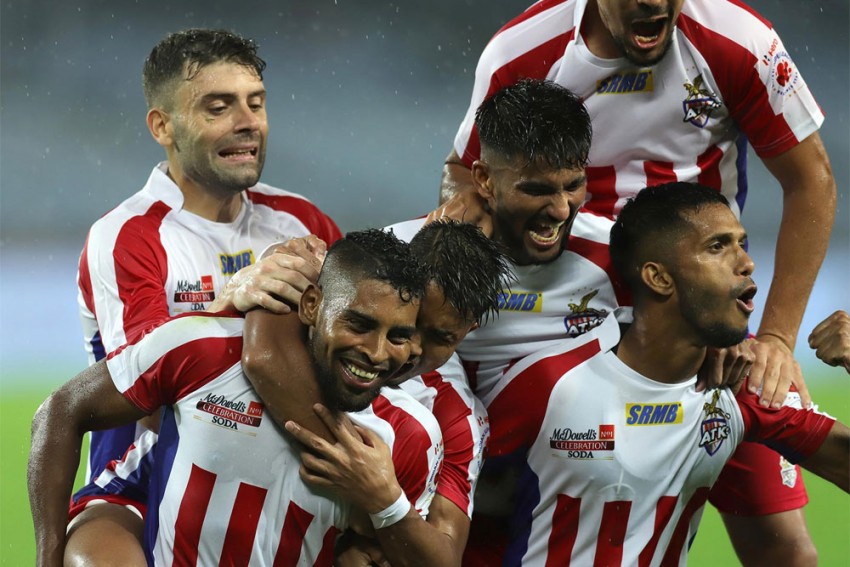 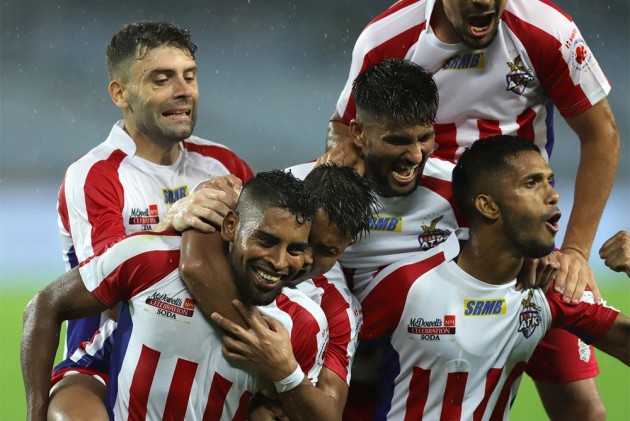 Two-time former champions ATK continued their dream run and beat Jamshedpur FC 3-1, courtesy a brace from Roy Krishna, to climb to the top of the Indian Super League (ISL) 2019-20 standings at Kolkata on Saturday.

On a rain-hit evening with cyclone 'Bulbul' making a landfall near the West Bengal coastline, the home side dominated the proceedings and took a 2-0 lead with Fijian star forward Krishna converting from the spot in the 57th and 71st minutes.

Sergio Castel reduced the margin for Jamshedpur FC in the 85th minute with yet another penalty after Anas Edathodika brought down Noe Acosta in an ugly challenge inside the box.

Castel buried that with ease but the visitors failed to equalise and it was Edu Garcia who sealed the deal with a magnificent finish (90+2nd minute) at the Salt Lake Stadium.

David Williams made an excellent cross-field ball from the right towards Roy Krishna who put it into the path of Garcia on his first touch.

Garcia took a few touches to get close to the goalkeeper and chipped it brilliantly into the net to end Jamshedpur's unbeaten run in their first away match this season.

The Antonio Lopez Habas-coached side, who endured a disappointing start losing at Kerala 2-1 in the ISL-6 opener, thus secured a hat-trick of wins. They thrashed Hyderabad FC 5-0 before a hard-fought 1-0 away win against Chennaiyin FC in their previous match.

The Kolkata franchise have nine points from four matches to occupy the top spot, ahead of FC Goa (eight points).

Jamshedpur FC were pushed to fourth place with seven points from four matches.

Players of both the teams found it difficult to keep their balance as it rained incessantly through the day.

ATK conceded only one chance in the entire half, but it was the biggest of the game, as Farukh Choudhary's header came off the crossbar early in the eighth minute.

Except for that, the ATK front-line has been top-notch, putting immense pressure on Subrata Paul and charged him down on every possible opportunity.

David Williams also had a chance in the 19th minute but his header went wide of goal.

Prabir Das, on the right, and Michael Soosairaj on the left, kept troubling Jamshedpur FC all along, only to miss the target.

The visitors received a setback when their Spanish attacking mid-fielder Piti had to limp off the field with Noe Acosta replacing him in the 38th minute following an awkward tackle.