New signing Seiminlen Doungel scored on his debut to break the deadlock in the 30th minute, then all-time ISL top-scorer Ferran Corominas struck in the 62nd minute and substitute Carlos Pena added a third in the 81st minute as FC Goa get the better of an unimpressive Chennaiyin FC 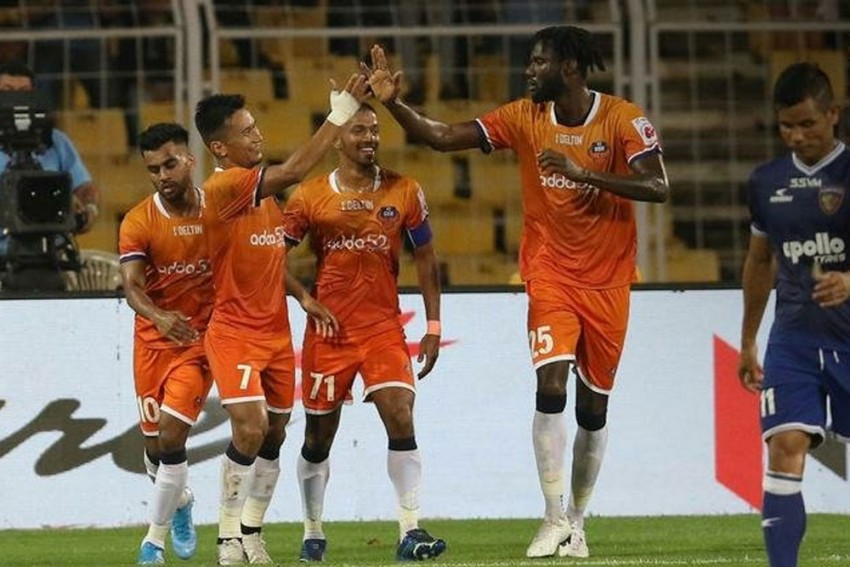 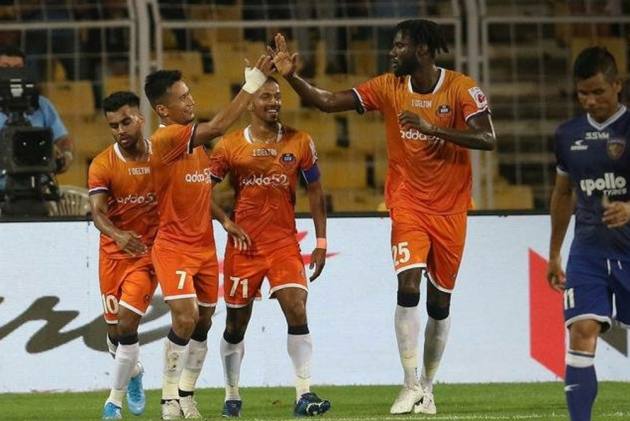 FC Goa defeated Chennaiyin FC 3-0 in their opening game of the Hero Indian Super League 2019-20 season at the Jawaharlal Nehru Stadium at Fatorda on Wednesday.

The ISL runners-up were a step ahead of their opponents in all areas of the field and were the better team overall.

New signing Seiminlen Doungel scored on his debut to break the deadlock in the 30th minute.

All-time ISL top-scorer Ferran Corominas struck in the 62nd minute and substitute Carlos Pena added a third in the 81st minute to get the better of an unimpressive Chennaiyin.

The hosts were quick to get on the ball and spray passes around right from the start.

However, it were the visitors who first went close when Dragos Firtulescu was fed through on goal in the 12th minute. A last-ditch Seriton Fernandes challenge prevented a catastrophic start for the hosts.

Sergio Lobera's men soon regained their rhythm to pose a serious threat to the Chennaiyin defence.

In the 19th minute, Ferran Corominas picked up the ball from midfield and released Seiminlen Doungel into the box. Chennaiyin goalkeeper Vishal Kaith was on to the ball in a flash before Goa's new signing could pounce and take a shot.

A minute later, Manvir Singh attempted a powerful strike after making room for himself at the edge of the box and once again, Kaith was up to the task, pulling off a diving save to his left.

Goa's intent in the attacking third was rewarded at the half an hour mark. Manvir Singh beat his marker and crossed into the box from the right flank. The striker's cross took a double deflection off Eli Sabia and Doungel before rolling into the net.

The hosts remained on top of the game and refused to sit back after taking the lead.

Ferran Corominas's curling effort a minute later was tipped away by an acrobatic Kaith who kept Chennaiyin in the game.

John Gregory replaced Dhanpal Ganesh with the more creative Anirudh Thapa in midfield to swing the contest back in his team's favour. The hosts, however, proved difficult to break down.

Goa continued to create chances and soon doubled their lead. Manvir Singh broke away through the middle and found Jackichand Telem in space to his right. The winger's low cross into the center of the box was guided into the net in by ISL's all-time top scorer Corominas, who scored his 35th league goal.

Chennaiyin struggled in the attacking third and were unable to find a way back into the game. Lallianzuala Chhangte did have a chance to pull one back when he tried to curl the ball into the top right corner from the edge of the box, but Mohammed Nawaz produced a brilliant save to preserve Goa's clean sheet.

FC Goa added a third in the 81st minute and sealed the win when a Brandon free-kick from the left was poked into the net by Carlos Pena at the near post.