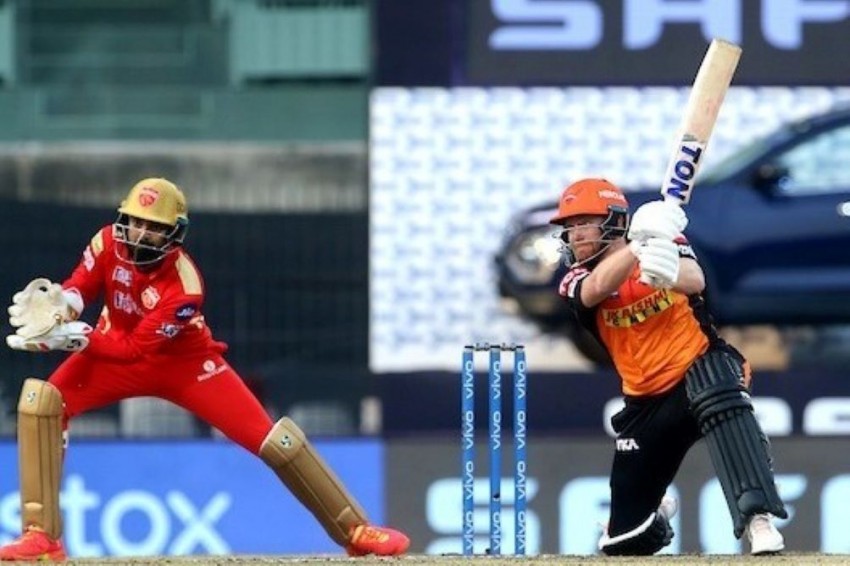 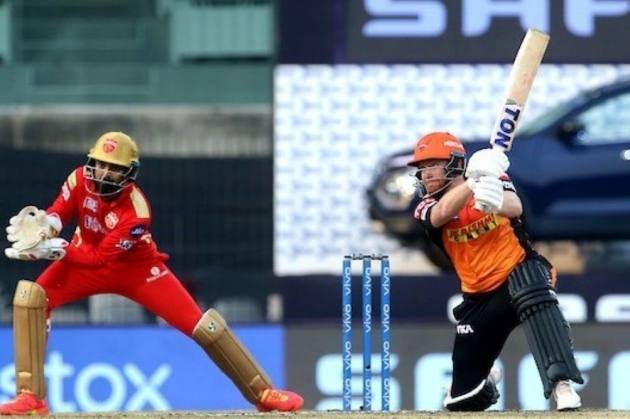 Sunrisers Hyderabad outclassed Punjab Kings by nine wickets to snap their three-match losing streak in the IPL in Chennai on Wednesday. Opting to bat, Punjab Kings were bundled out for a below-par 120, courtesy pacer Khaleel Ahmed (3/21) and spinner Abhishek Sharma (2/24), who shared five wickets between them. Bhuvneshwar Kumar (1/16), Rashid Khan (1/17) and Siddarth Kaul (1/27) were the other wicket-takers for Sunrisers. Chasing the total, opener Jonny Bairstow (63 not out) first added 73 runs off 60 balls with David Warner (37)  and then shared an unbeaten 48-run stand with Kane Williamson (16) to take SRH home in 18.4 overs. Earlier, For Punjab Kings Mayank Agarwal (22 off 25) and Shahrukh Khan (22 off 17) were the top run-getters. This after KL Rahul won the toss and elected to bat first. Punjab Kings replaced Riley Meredith, Jhye Richardson and Jalaj Saxena with Fabian Allen, Moises Henriques and Murugan Ashwin. Sunrisers have also made three changes with Kane Williamson, Kedar Jadhav, Siddarth Kaul coming in for Manish Pandey, Mujeeb-ur-Rehman and Abdul Samad. Catch the highlights of PBKS v SRH in Chennai here

3:30 PM IST: KL Rahul and Mayank Agarwal out for Punjab Kings, while spinner Abhishek Sharma has the ball in hand for SRH. Scroll down for live commentary

For SRH, Kane Williamson comes in for Mujeeb Ur Rahman and injured Abdul Samad is replaced by Kedar Jadhav. Siddhrath Kaul also makes it to playing XI for Hyderabad as Manish Pandey misses out this match.

3:00PM IST: Hello and welcome to the coverage of the Punjab Kings Vs Sunrisers Hyderabad match.

SRH have lost three matches on trot. SRH should be making more changes today in the team. Kedar Jadhav have been give cap in SRH team huddle, while Fabian Allen and Moises Henriques have been handed caps in PBKS team huddle.