A win will help KKR further strengthen their playoff chances who are at fourth with 10 points. A loss for PBKS will virtually knock them out. 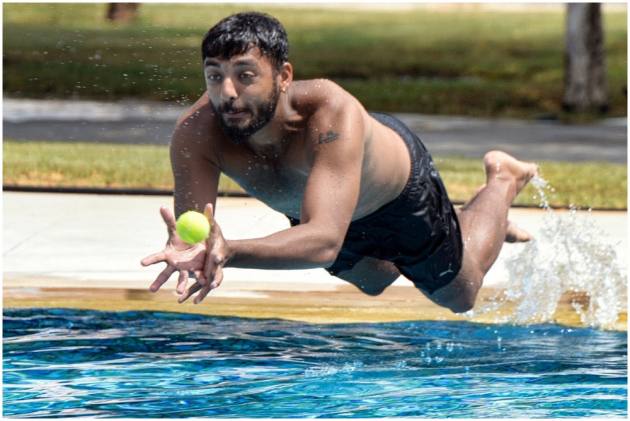 IPL’s newest sensation Venkatesh Iyer’s footwork or the lack of it will be put through a stern test against the sharp googlies bowled by Ravi Bishnoi when Kolkata Knight Riders (KKR) square off against a beleaguered Punjab Kings (PBKS) on Friday. (More Cricket News)

KKR all-rounder Venkatesh has caught everyone’s attention with his fearless strokeplay against genuine pace but Bishnoi’s wrist spin has troubled the best in the business during the last two editions. POINTS | SCHEDULE

It will be the biggest match-up in the game which is very important for KL Rahul’s Punjab Kings if they have any intentions of staying afloat in the competition. Rahul had admitted after the defeat against Mumbai that his team has not played well under pressure and needs to put up a better fight.

The poor show from the middle-order has also hurt them badly as only Rahul (422 runs) and his opening partner Mayank Agarwal (332 runs) have found some form. ‘Universe Boss' Chris Gayle, with 193 runs from 10 games, has been the biggest disappointment.

The Indian talent has also not come to the party as far as batting is concerned with both Shahrukh Khan and Deepak Hooda not making the best use of the opportunities that they have got so far. There have been way too many batting collapses and it will be a challenge of sorts for these players to face Sunil Narine and Varun Chakravarthy on a slow track.

The eight overs from the premier spinners could go a long way in deciding the fate of the match. Punjab also has problems aplenty in the bowling department with none save for Bishnoi have been able to trouble the opposition batsmen.

Mohammed Shami (14 wickets, 7.68) and Arshdeep Singh (13 wickets, 7.64) have got wickets but have leaked runs at the death, most recently against Mumbai Indians the other day.

For KKR, Venkatesh’s (126 runs at strike rate of 144 plus) mastery against spin has not yet been a topic of discussion but it will be interesting to see if he can survive the first spell of Shami and Arshdeep. Also, how he tackles Bishnoi and left-arm spinner Harpreet Brar during the middle overs will be keenly observed.

Venkatesh will certainly like to put up a strong show which will get him a fat contract during the big IPL auction next year. KKR have also made one correct move by sending Nitish Rana up the order as he is a far better player of spin bowling than his skipper Eoin Morgan. The strategy paid dividends in their win against Delhi Capitals earlier in the tournament.