After losing their previous 5 matches in this edition of IPL, Virat Kohli and Co. will be hoping to turn things around and pull that first win off the hat when they face Delhi Capitals 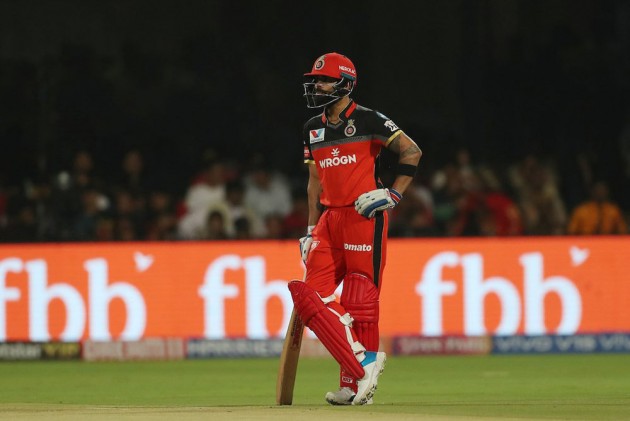 A distraught Royal Challengers Bangalore (RCB), will be desperately looking for their first win this season when they take on Delhi Capitals (DC) in the Indian Premier League (IPL) clash in M. Chinnaswamy Stadium at Bengaluru on Sunday.

RCB have suffered five straight losses in this edition, while the visitors are coming into the game with two wins and three reverses.

After losing their previous match against Kolkata Knight Riders (KKR) on Friday, RCB's position has become precarious, and they have to win almost all their remaining games to keep their chances alive.

Despite AB de Villiers and Kohli striking form by scoring 63 and 84 respectively, RCB bowlers failed to restrict KKR, who were powered by Andre Russell's explosive knock.

The defeat left Kohli frustrated, and the batting mainstay called it "unacceptable". The Jamaican walloped 29 runs in the penultimate over bowled by Tim Southee, which helped the visitors pull off a sensational victory.

Apart from Yuzvendra Chahal and Pawan Negi, all other RCB bowlers have not been among the wickets and conceded far too many runs, which Kohli admitted in the post-match presentation ceremony. Against KKR, they leaked 66 runs in the last four overs.

RCB's batting has also been dismal and they are yet to find the right balance in the team.

In their first match against Chennai Super Kings (CSK), RCB were bowled out for a paltry 70 in 17.1 overs after their top-order crumbled against Harbhajan Singh and Imran Tahir.

RCB then collapsed to an embarrassing 35 for six by the eighth over, with Kohli and de Villiers contributing just four runs between them. In the end, they were skittled out for 113 to lose the match by a massive 118 runs.

Against Rajasthan Royals (RR) too, the RCB top-order failed. The RCB think-tank would now be hoping that their top-order batsmen come out good against DC.

DC also have their fair share of worries, having lost three matches. After making a positive start with a win against three-time champions Mumbai Indians (MI), their journey has been uncomfortable.

Rishabh Pant, who played a superb knock of 78 against MI in their first match, has been the highest scorer for Delhi, while the likes of Shikhar Dhawan, Prithvi Shaw, Iyer, and Colin Ingram, too, have been among the runs.

The bowling department has been spearheaded by Kagiso Rabada, and they also have Trent Boult and Ishant Sharma in their ranks.

With both the teams eager to establish their foothold in the tournament, the game shapes itself towards an exciting contest.