Pat Cummins, who returned last week from the UAE where he turned up for Kolkata Knight Riders in the Indian Premier League, has been hopping between bio-secure bubbles 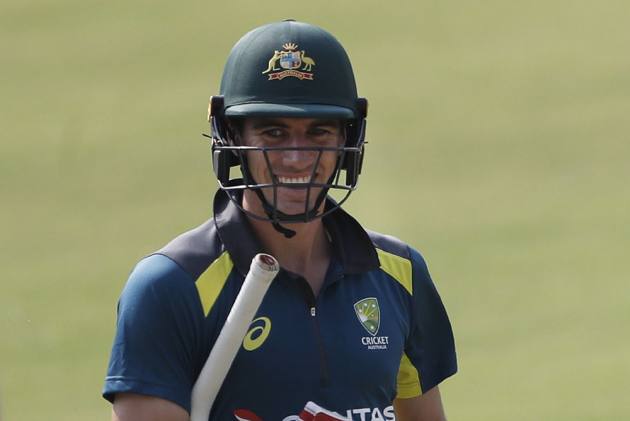 Australia pace spearhead Pat Cummins on Monday said he is yet to take a call on whether to play in the limited-overs series against India beginning November 27 even though he is feeling fresh after spending three months inside bio-secure bubbles. (More Cricket News)

Cummins, who returned last week from the UAE where he turned up for Kolkata Knight Riders in the Indian Premier League, has been hopping between bio-secure bubbles since touching down in England in late August but he allayed fears of fatigue.

"(I) haven't made a final decision on that yet. (It's) unprecedented times with so many people spending a large portion of time in these bubbles so we're going to keep all the conversations open, chat about that a bit closer to when we all get together," Cummins said when asked about resting ahead of the Test summer.

"There's always cricket on, so we'll make sure we're all open about that, having those conversations," said the 27-year-old during a video conference as reported by 'cricket.com.au'.

Cummins has been named in both the white and red-ball squads as vice-captain. The limited-overs series is to be held in Sydney and Canberra ahead of the four-match Test series, beginning in Adelaide on December 17.

Australia's Test players in the white-ball squad, including Steve Smith and David Warner, will get only a week to prepare for the opening Test, a day-nighter in Adelaide.

"I wouldn't be surprised if there's times throughout the summer where some players might just need a little rest knowing not only how busy this next couple of months is but also a tour of South Africa (February-March) and a few away tours next year," said Cummins, who has taken 143 wickets from 30 Tests.

The right-armer was in bio-bubbles in Southampton and Manchester on Australia's white-ball tour of the UK before flying to the UAE for the IPL, where he was with his franchise Kolkata Knight Riders.

He is now in Sydney spending 14 days quarantining and will join the squad on November 27, the day of the opening one-dayer at the SCG.

Despite enduring bio-bubbles for three months now, Cummins said he felt it is a "pretty good place".

"One of the benefits of being in a bubble in the UAE was we didn't spend much time travelling. A normal IPL we're on a flight every second day, different city, so I think sometimes that can be as draining as the playing part.

"No doubt as well, the six or seven months we had at home (during the winter) put us in a pretty good place leading into the England tour and IPL.

"Coming in fresh to those tours it doesn't feel like the end of the summer, it feels like I'm ready to start the tour and in a pretty good place."

Cummins also said he won't be going out there to intimidate the Indins but if he manages to have the effect, it would be a bonus.

"If it happens I'll be happy. Hopefully the (pitch) conditions will be what we as Aussies are accustomed to," he said.

"Hopefully they've got a bit more bounce and pace than you would a place like India so that home advantage might come into it."