Chanu, Hima Das, and Swapna Barman among 100 athletes and coaches who attend workshop at National Institute of Sports, Patiala. 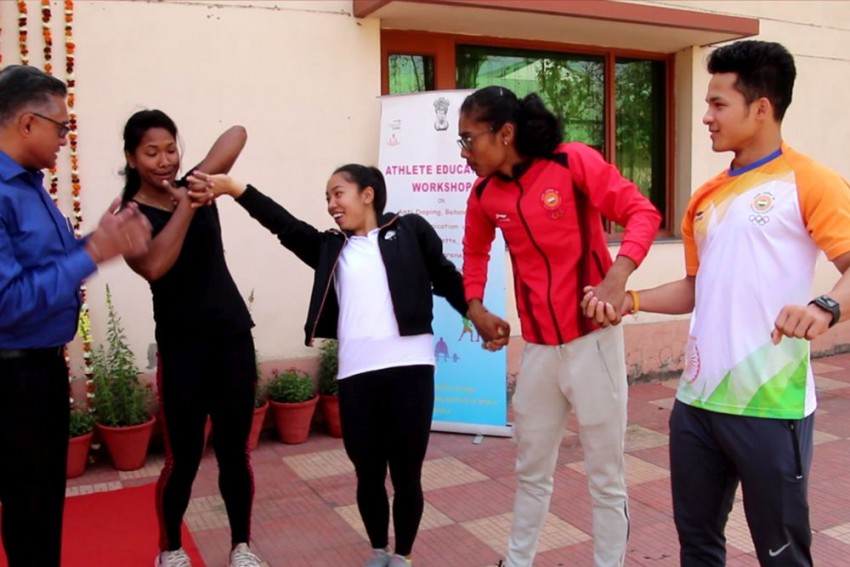 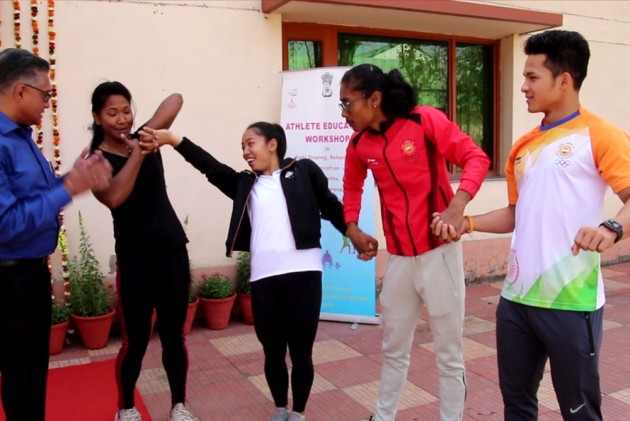 Weightlifters Mirabai Chanu and Jeremy Lalrinnunga, sprinter Hima Das, and heptathlete Swapna Barman were among the 100 athletes and coaches who on Thursday spent a few hours picking up some important off-field lessons as they attended an Athlete Education Workshop, organised by the Sports Authority of India (SAI) under the aegis of the Target Olympic Podium Scheme (TOPS) at the National Institute of Sports (NIS) in Patiala. These elite athletes are currently training at the NIS.

The workshop, the second one, after the first organised in Delhi, touched upon some pertinent non-sporting issues that players have to deal with during the course of their careers. Experts from the fields of law, soft-skills training, media, and anti-doping spoke to athletes in a three-hour session, which was attended by 100 athletes and coaches. Sporting legends Bahadur Singh and Rajinder Singh were also present at the workshop.

The workshop was conducted keeping in mind that many of India's elite athletes are very young and need guidance on how to draw up endorsement contracts with corporate houses, on how to conduct themselves in public forums, and how to interact with international media after competitions. A session on anti-doping was included in the workshop to once again brief the star athletes on the ill-effects of doping on their health and career.

“I enjoyed all the sessions and I learnt a lot about things that I did not even know about. I have picked up a few tips on how to behave in a public forum in the skills workshop and would like to use that,” Lalrinnunga said about the workshop.

“The contracts we get are so long, I never read them. But today I learnt which parts of the contract are absolutely essential for an athlete to be aware of. I will check those parts in all my upcoming contracts,” said Hima Das, who already has a few brand endorsements under belt.

“This is the second workshop of the series, and we are happy with the positive response that we have got from athletes. We will take these workshops to other SAI centers as well," said SAI Director General Neelam Kapur.