Goalkeeper Savita made some fine saves for the Indian team as they drew their third match of the competition to finish on top of the points table. 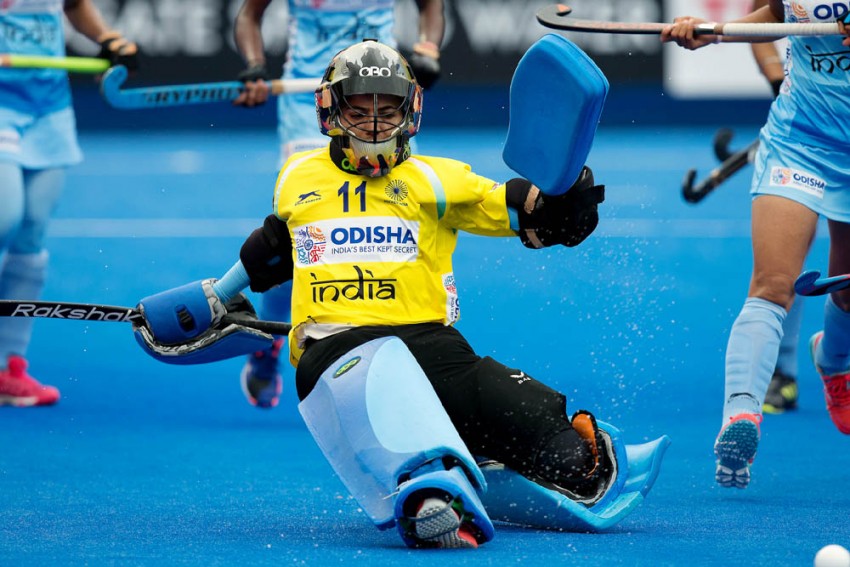 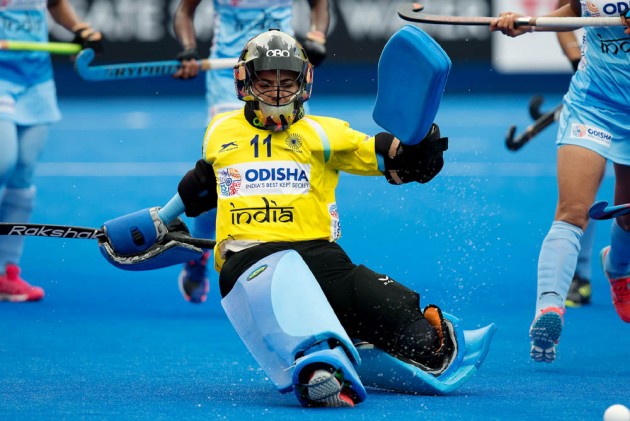 Following an impressive performance against Australia, the Indian women's hockey team on Tuesday secured its place in the final of the Olympic test event by playing out a 0-0 draw against China.

The Indian team looked in good rhythm during the initial stages of the first quarter, and constantly built pressure on the Chinese defense.

The World No. 10 side looked comfortable in possession, and rotated the ball well to threaten the opponents in the opening 10 minutes, which also reflected when it won its first penalty corner in the 8th minute.

India's penalty corner expert Gurjit Kaur stepped up to take the set-piece, but could not find the back of the net as the Chinese Goalkeeper Dongxiao Li deflected the ball away from danger.

India started the second quarter also with great attacking flair, and won themselves their second penalty corner in the 17th minute. Gurjit Kaur tried to aim for the other side this time, but her try was again denied by Li. The following minutes saw both the teams battle it out in midfield, with neither team giving much space and time to their opponents.

China needed the victory to make sure that they progress to the final but India's defense was up to the task, and seemed determined to consolidate their position at the top of the points table.

With a tally of five points from their three matches, India topped the points table, and will now face hosts and World No. 14 Japan in the final on Wednesday.