Indian Women Get Ready For Football Friendly Against Belarus

In its long-term preparation for the AFC Asian Cup India 2022, the Indian team has been training together since December 2020 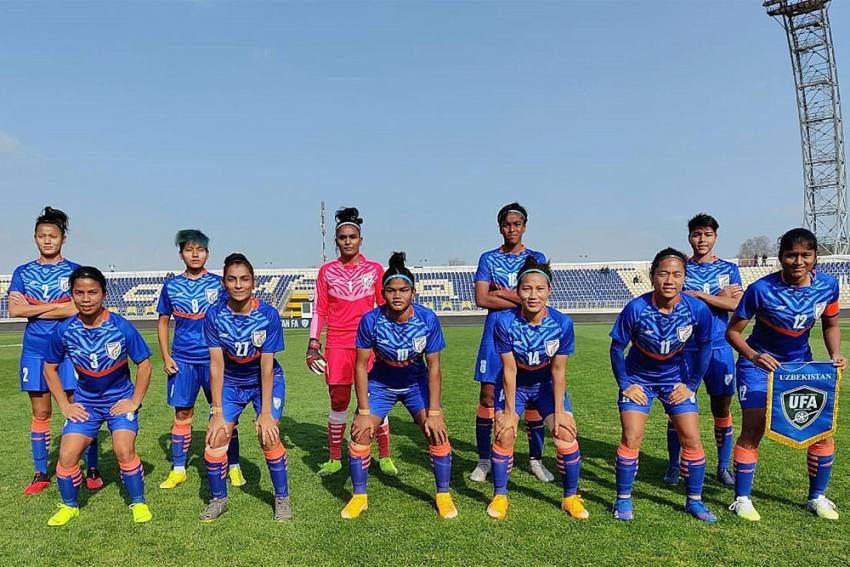 Despite the loss in their last friendly against Uzbekistan, the spirits are running high in the Indian camp
Courtesy: AIFF
PTI 2021-04-07T23:33:02+05:30 Indian Women Get Ready For Football Friendly Against Belarus 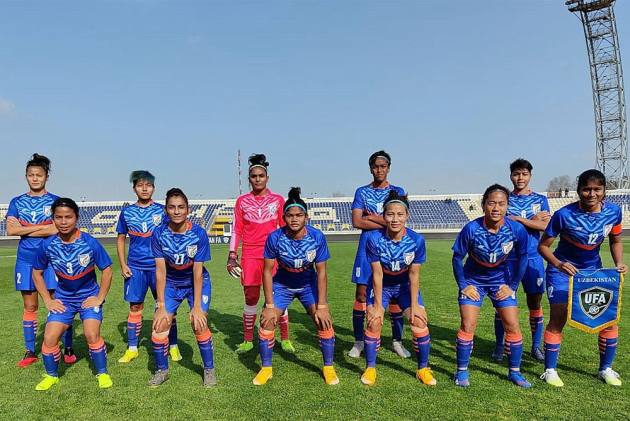 Seeking to perform as one cohesive unit, the Indian women's football is set to lock horns with Belarus in an international friendly Tashkent on Thursday. (More Football News)

Despite the loss in their last friendly against Uzbekistan, the spirits are running high in the Indian camp, having put up a strong display against a side that is placed more than 10 spots above on the FIFA rankings.

"Belarus maybe a couple of spots below us on the FIFA rankings, but they are used to playing against strong European sides, and their level of competition is high.

"But our girls are getting fully prepared for the game, and I'm sure they will go all out," India head coach Maymol Rocky said on the eve of the match.

India's custodian, the experienced Aditi Chauhan believes that the team has taken a lot of positives from the game against Uzbekistan, and is confident of a good showing against the eastern European nation.

"We are very excited about our game against Belarus. We’ve taken lots of positives in the game against Uzbekistan. We know the things that we are doing well. We just need to work on certain areas," said Aditi.

"We are very confident to be going and stepping up against Belarus, against a very strong side, and I'm sure that the entire squad is up for it," she added.

The coach lauded the girls despite the late heartbreak as the home side ran away with the win in the end.

"It was a heartbreak against Uzbekistan, but if I consider all the recent matches, I think this was one of the best performances that we put out. Uzbekistan were under pressure in the second half, and we went all out for this game," said Maymol.

The Indian team has been training together since December, 2020, in its long-term preparation for the AFC Asian Cup India 2022, and with a number of players joining from the U-17 side as well, the team seems to be moving forward together.

Aditi feels that this time spent together has helped build the squad into one unit.

"It has been a very long time which had its ups and downs. But it's great that the team has come together even stronger. We have been playing with each other as one unit, and you can see that in the matches also," she said.

"We have a few players who have joined us from the U-17 team, and it's great to have the young blood. To fight for any position, it's always good to have that competition in the team. That's how we grow.

"For the youngsters, it's important for them to understand how competitive it is at the senior level. I think it will help them prepare themselves better for the future," said Aditi.