Chennaiyin FC have retained twelve players from the start of the previous campaign and the club's 25-man squad for the upcoming Indian Super League (ISL) 2019-20 season has many young guns like Rahim Ali (19), Hendry Antonay (19), Reamsochung Aimol (19) and Deepak Tangri (20) 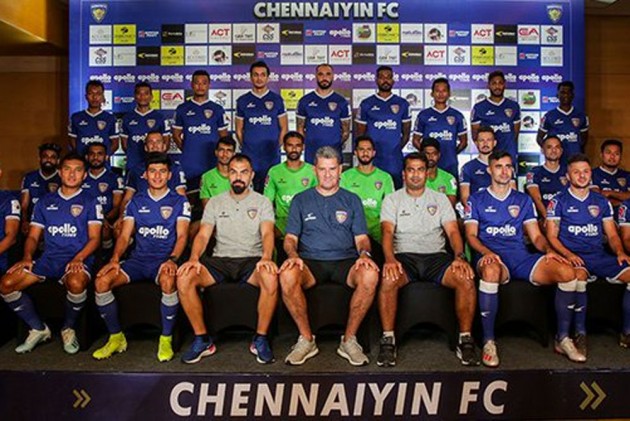 The two-time ISL champions have retained twelve players from the start of the previous campaign, and the club's 25-man squad for the upcoming season has many young guns like Rahim Ali (19), Hendry Antonay (19), Reamsochung Aimol (19) and Deepak Tangri (20).

While head coach John Gregory has retained players in key positions, a number of vital reinforcements have been made especially among the foreign contingent, a statement from the club said.

Experienced Romanian defender Lucian Goian joins the fray after three seasons at Mumbai City FC; along with his compatriot in winger Dragos Firtulescu also coming onboard.

Afghan midfielder Masih Saighani along with forwards Andre Schembri from Malta and Nerijus Valskis from Lithuania have been roped in for the midfield.

Brazilian attacking midfielder Rafael Crivellaro also joins after a spell in the Portuguese top tier, while his compatriot Eli Sabia enters his third season with CFC.

Local midfielder Dhanpal Ganesh is back fit after missing the majority of the last campaign with a knee injury. Ganesh is joined by another top Tamil Nadu talent in right-back Edwin Vanspaul, who joined the club in the summer.