During his 85-run knock in India's T20I win Vs Bangladesh at Rajkot, Rohit Sharma punched a hat-trick of sixes against Mosaddek Hossain in the 10th over. Watch the video here 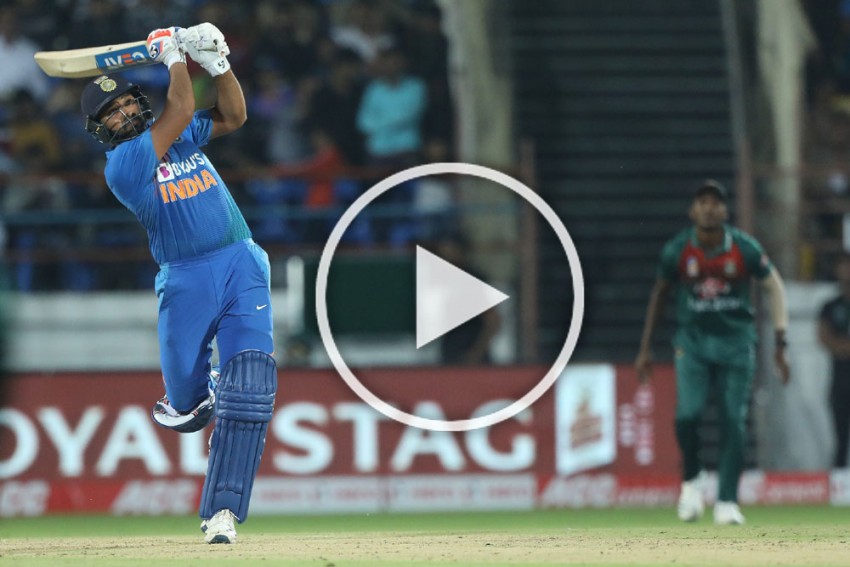 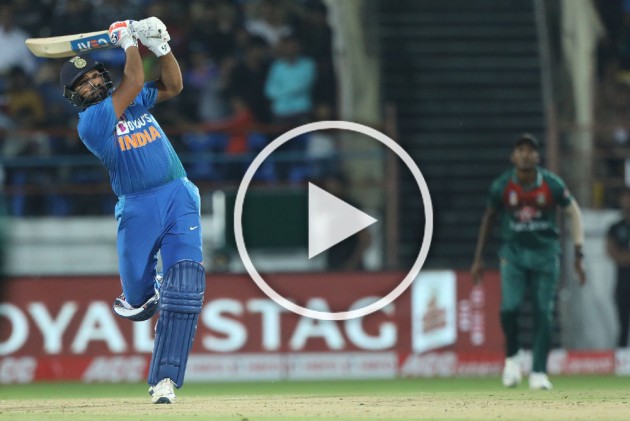 Rohit Sharma slammed his 18th T20I half-century in India national cricket team win Vs Bangladesh in the second T20I at Rajkot. Smashing 85 runs off 43 balls, the Mumbaikar helped his side level the three-match series. The swashbuckling batsman also reached his 100th T20I.

En route to his score, Rohit also hit six fours and six sixes. One particular highlight which really stood out from the rest was the 10th over, when he smacked a hat-trick of sixes against Mosaddek Hossain. Two were at the mid-wicket area, with the other one over fine-leg.

Bangladesh won the first fixture of the three-match series in Delhi. Rohit was on a mission to secure a victory in the second T20I and he did it with much aplomb. The home side won by eight wickets.

He also holds the record for most sixes by an India captain in T20I cricket. With 37 sixes in just 17 innings, the Mumbai batsman went past M.S. Dhoni's tally of 34 (62 innings). Virat Kohli is third on the list with 26 sixes (26 innings). Rohit also now holds the record for the most number of sixes in international cricket in 2019 across formats. He tops the charts with 66 and counting. He had held the record in 2017 and 2018 as well wherein he had hit 65 and 74, respectively.

Both sides face each other in the series decider on November 10, at VCA Stadium (Nagpur).

India Vs Bangladesh, 2nd T20: Hard To Stop Rohit Sharma When He Is Enjoying – Mahmudullah Riyad