For someone whose consistency was an issue some years ago, Mayank Agarwal has now scored two double hundreds in his last four Test appearances. And he wants to make every opportunity count till this kind of dream form lasts. 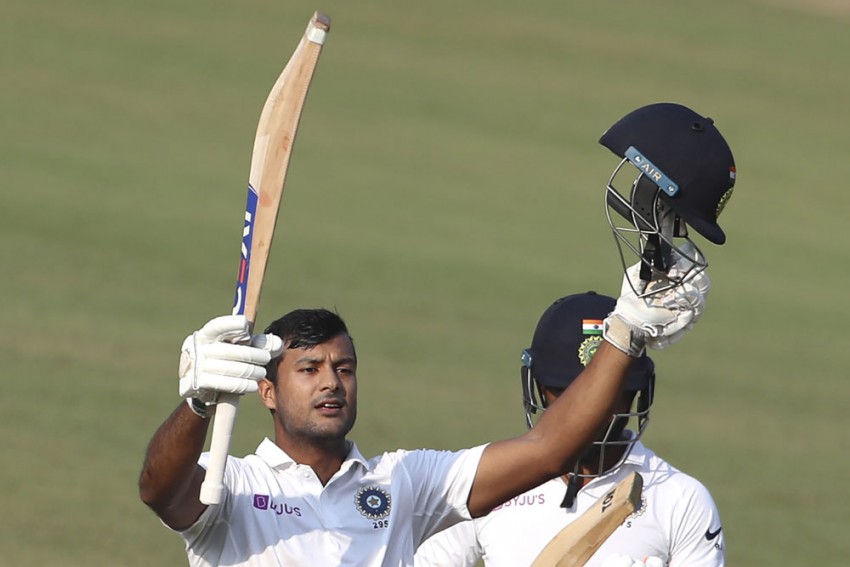 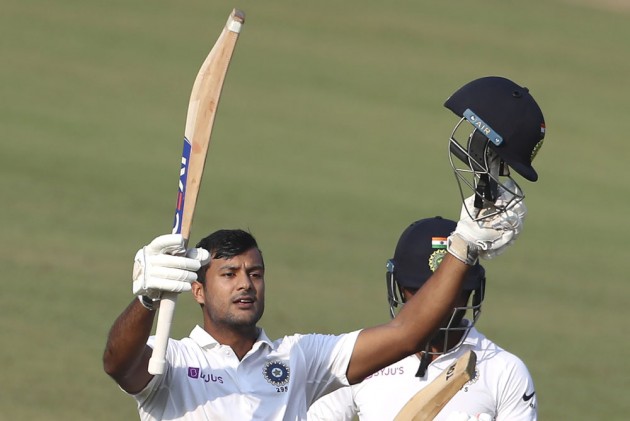 The slump in form that he endured early in his career has taught Mayank Agarwal to make hay while the sun shines and he did exactly that against Bangladesh, smashing a career-best 243 on the second day of the first Test on Friday.

For someone whose consistency was an issue some years ago, Agarwal has now scored two double hundreds in his last four Test appearances. And he wants to make every opportunity count till this kind of dream form lasts.

"I think it goes down to understanding that there had been times when I have not got runs. So I must respect the game that I am batting well. When I am doing that I have to make sure that I make it big and put the team in driver's seat or put it in such a position that they cannot lose from there," Agarwal said after the second day's play.

There are players on whom selectors would punt purely on talent and there are some like Agarwal, who had to break the door open with a mountain of runs.

Asked if it makes him more aware that he might always have to score more than say a Prithvi Shaw to be in the mix, Agarwal spoke about how "his journey is different from others."

"But that (chance) is not under our control and it is important to understand the things that are in my control and think I'm glad to play for the country and from there build on."

The opener gave a peek into his mindset as he went onto build a marathon knock with 28 fours and eight sixes.

"I think it goes down to gameplan. Who you are feeling comfortable against and who you want to attack and then pick the right balls. You can't just say that okay I am going to hit each and every ball. You can't do that. It's not going to happen that way," he said.

"It's a case of understanding, okay, this is the bowler I am playing well today and this is the ball that I can go after. Pick those balls and then have mental discipline to build your innings on that."

He, however, agreed that second day was better for batting compared to the first day.

"The wicket has settled down compared to what it was yesterday. It got better to bat on as there is good bounce and good value for your shots."

Mayank had a scare before completing his hundred when he was adjudged leg-before but successfully overturned it with a DRS appeal.

"Initially, when I was hit on the pads, I thought I wasn't out. But then when I was given out, I had a quick flashback. I got out in the same way to Roston Chase in the West Indies. So I said to myself I can't make that mistake again.

"So I am glad and happy that it was missing stumps. At some point I thought, maybe it will be umpires call and I will be doomed."

Agarwal said that his skipper wanted him to continue and get a triple hundred but he got out going for a ninth maximum.

"I could have played longer. But the ball was in the slot. The captain was backing you and he wanted the best for me more than what he wants from himself. That is a big thing," said Agarwal.

So how does Mayank unwind after a hard day? "Mayank Plays Pub G," he replied and broke into laughter.