Former India captain Sunil Gavaskar, always the one to best describe an event in the cricket field, hailed it as an outstanding catch 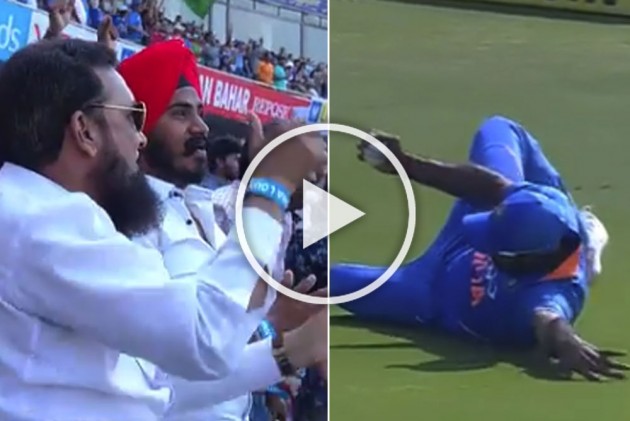 On Saturday, during the first ODI match against Australia at Hyderabad, he produced a stunning piece of fielding to dismiss Aussie opener, Usman Khawaja.

Impressed with the 28-year-old's effort at the deep, commentators raved about the catch. Former India captain Sunil Gavaskar, always the one to best describe an event in the cricket field, hailed it as an outstanding catch.

"Outstanding. Absolutely outstanding. He has such a distance to cover. He is a tall man, long strides; yes, that's a big help. But it's never easy to pick the ball up in the background of the crowd but he's done that. The moment he [Khawaja] played the shot, he [Shankar] started running," Gavaskar said while summing it up.

In the background, delirious fans applauded the fielder.

Meanwhile, India continued to rotate their spin options by bringing in both Ravindra Jadeja and Kuldeep Yadav. Yuzvendra Chahal was rested.