Rohit had sustained a hamstring injury during the IPL, which led to him missing the white-ball leg of the ongoing Australia tour. 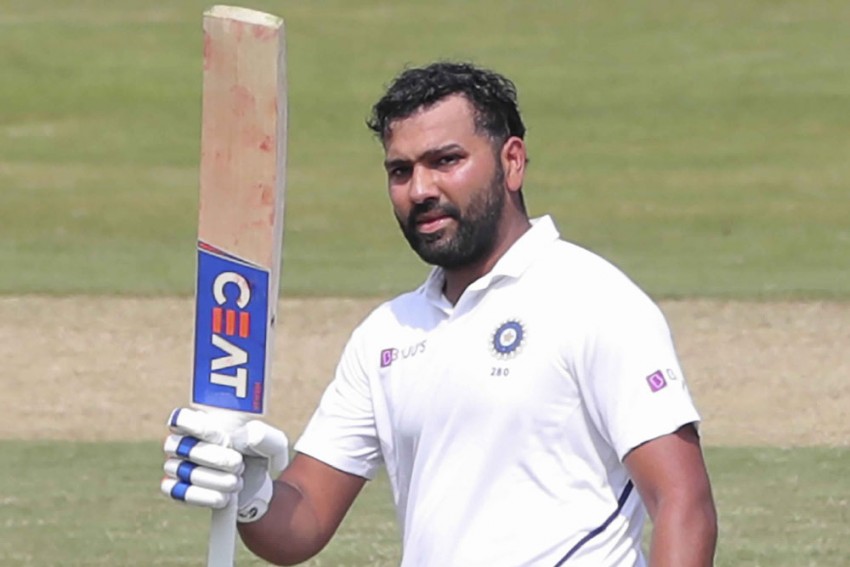 The BCCI on Saturday declared senior batsman Rohit Sharma "clinically fit" to join the Indian team in Australia but said a call on his participation in the last two matches of the Test series there will be taken after a reassessment by the squad's medical team.  Tour Schedule | Photo Gallery | News

Rohit had sustained a hamstring injury during the IPL, which led to him missing the white-ball leg of the ongoing Australia tour. He is out of reckoning for the first two Tests of the four-match series. The opening Test starts at Adelaide on December 17.

"He has been given a detailed programme to follow for the duration of the two weeks he will be quarantined for. He will be reassessed by the Team India medical team post his quarantine to establish his fitness status and a call on his participation in the Border-Gavaskar Trophy will be taken accordingly," the BCCI said in a statement.

Rohit on Friday cleared an eagerly-watched fitness test at the National Cricket Academy in Bengaluru and will leave for Australia on December 14, three days before the start of the marquee Test series against the world's number one team.

"... Rohit Sharma has completed his rehabilitation process at the NCA in Bengaluru and is now clinically fit. He has been rehabilitating and training at NCA since 19th November following a high-grade left hamstring injury suffered during the Indian Premier League (IPL)," the statement said.

The BCCI said the NCA medical team is satisfiedwith Rohit's fitness but added that he will need to work on his endurance.

"The NCA medical Team was satisfied with the physical fitness of Mr Sharma after assessing him on different metrics that tested his skills related to batting, fielding and running between the wickets.

"Mr Sharma's physical fitness has been satisfactory, however, he will be required to continue work on his endurance," the BCCI said.

Rohit's fitness test took place under the supervision of NCA director Rahul Dravid, who was entrusted with the responsibility of giving him his fitness certificate.

As per the Australian government's rules, the star batsman will have to undergo a mandatory 14 days of hard quarantine before being able to train for the last two Tests in Sydney (January 7 to 11) and Brisbane (January 15 to 19).

There had been confusion around Rohit's status over the past few weeks. Captain Virat Kohli spoke about a lack of clarity on the issue that has been full of intrigue ever since he injured his left hamstring during a league match while playing for Mumbai Indians in the IPL.

The injury, which forced him out of four IPL games, prompted the national selectors to not consider him for the Australian tour.

Omitted from the squad for the much-anticipated tour, he soon returned to lead his franchise in the remainder of the lucrative league, adding to the curiosity.

On November 9, the BCCI provided an update on his status, saying the selectors had kept Rohit out of only the limited-overs leg for him to "regain full fitness" for the Test series.

But the white-ball vice-captain came to Mumbai instead of travelling straight to Australia with his national teammates after leading Indians to IPL title triumph in the UAE.

The BCCI then issued another press release on November 26, a day after Kohli claimed he did not know why Rohit had not done his rehab in Australia, stating that the reason behind the opener coming back to India was his father's illness.