Bangladesh fell prey to India's pace menace yet again, slipping to 73 for 6 after opting to bat on Day 1 of the Pink Ball Test in Kolkata. For the hosts, Umesh Yadav took three wickets. 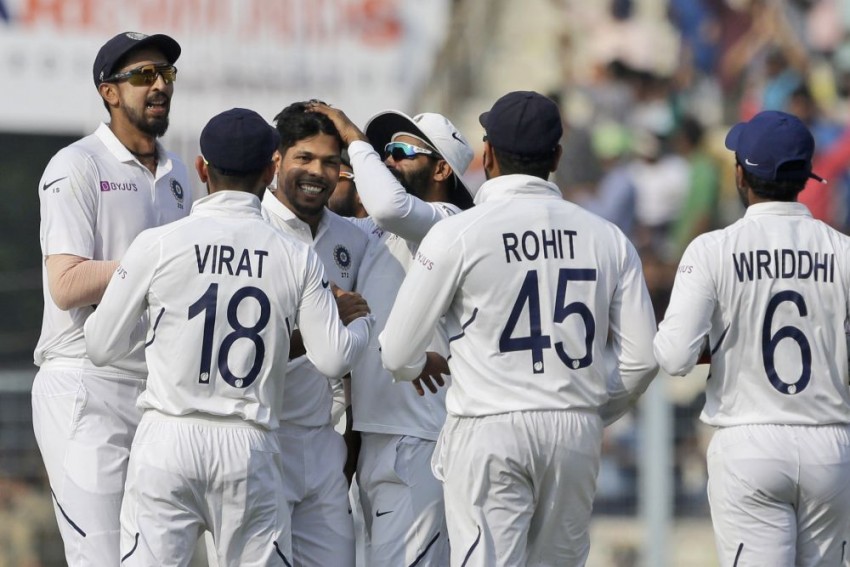 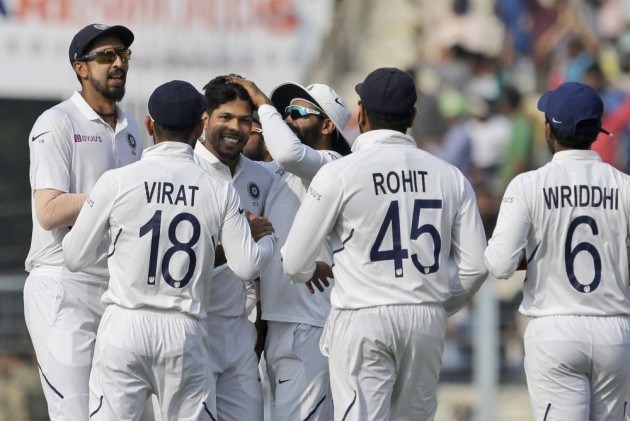 India's pace troika once again wreaked havoc as Bangladesh top-order were blown away to be reduced to 73 for 6 in country's first 'Pink Test' where the pre-match hype didn't translate into quality contest. (HIGHLIGHTS | SCORECARD | CRICKET NEWS)

The pink ball proved to be a killer weapon for the pacers as Bangladesh's batsmen didn't show any intent for survival.

Umesh Yadav (3/29 from 7 overs) ripped the Bangladesh after a change of ends as the so-called five-day match ran the risk of an early finish after Bangladesh skipper Mominul Haque once again surprised everyone opting to bat on a seamer-friendly track.

Lunch was taken abruptly midway into the 22nd over after Liton Das retired hurt for 24 following a big blow on his helmet in the forehead region off a Mohammed Shami delivery in the previous over.

The batsmen may have feared the twilight period but looking at the way Bangladesh batted, it seemed they would fold well before the sun sets late into the second session.

The heavily-lacquered pink ball had a quiet first three overs before Bangladesh batsmen started collapsing. The ball was seaming and the pacers were getting it to rear up from the good length.

Bangladesh batsmen looked unsettled by the capacity crowd, something they have never encountered even in their home Tests and the world class bowling made it even more difficult.

Such was their plight that for the first time in the subcontinent, batsmen Nos 3, 4 and 5 (skipper Mominul Haque, Mohammad Mithun and senior-most player Mushfiqur Rahim) were all dismissed for duck.

Pushed into the unknown territory without any practice back home, Bangladesh opening duo of Shadman Islam and Imrul Kayes survived some anxious moments in the first six overs before Ishant Sharma trapped the latter.

Umesh then triggered the collapse in his second spell with two wickets in three balls, first being skipper Mominul who was dismissed by a beautiful diving one-handed catch by Rohit Sharma.

Next was Mohammed Mithun beating him by pace as it sharply cut in with the batsmen playing on to his stumps.

Despite the catching scepticism surrounding the pink ball, Saha looked a class act behind the stump as usual as the ball was swinging a lot after moving the batsman.

His low catch of Mahmadullah, outstretched and dragged across Virat Kohli at the first slip, was the highlight of his keeping as he also completed a milestone of 100 dismissals in longest format.