India and Argentina will play the fourth practice match on 14 April 2021. India had won both FIH Hockey Pro League matches 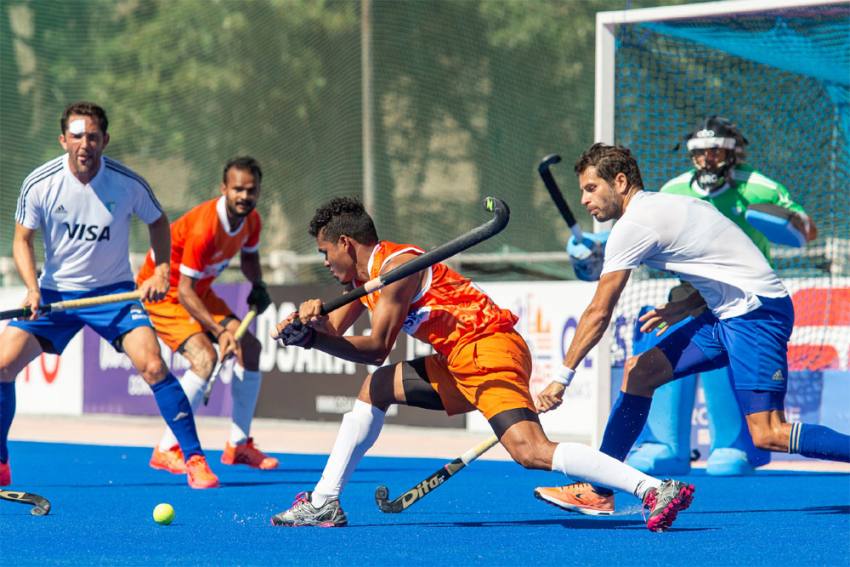 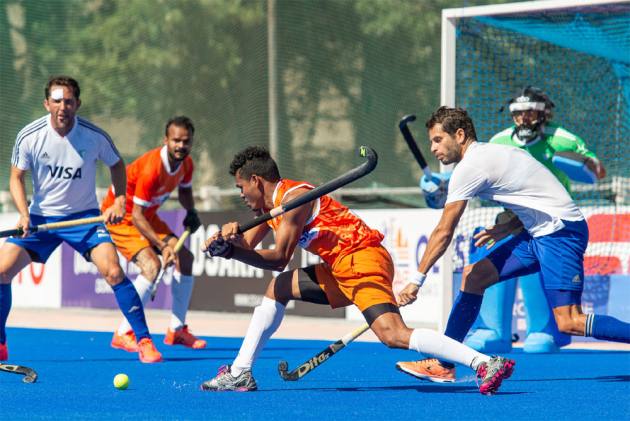 After a sensational FIH Hockey Pro League double-header where India won 2-2 (3-2 SO) and 3-0, Olympic Champions Argentina handed India their first loss of the tour by winning 1-0 in the third practice match on Tuesday in Cenard, Buenos Aires. The home team held on to Lucas Toscani's lone goal in the 8th minute to beat the visitors. (More Hockey News)

Though India made a positive start with good circle penetrations by forwards Lalit Upadhyay and Rajkumar Pal, Argentine defence was strong to hold off an early setback. Their forwardline, in the meantime, set up a structured attack that earned them an early breakthrough. It was Lucas Toscani who scored in the 8th minute, ensuring a 1-0 lead for the home team. Indian fowards Shilanand Lakra and Mandeep Singh created scoring opportunities in the following minutes but could not beat the experienced Argentine goalkeeper Juan Manuel Vivaldi.

The second quarter witnessed some brave saves by young India custodian Krishan Pathak who completed his 50 International Caps in the second FIH Hockey Pro League tie against Argentina. He was even awarded the Player of the match for his exploits. He projected the same confidence in today's game resisting the opponents from extending the lead.

In the early minutes of the third quarter, India created a fine opportunity when defender Surender Kumar earned India its first PC of the match, but the Indian drag flickers were unable to convert the chance to equalise. Argentina too earned a PC in the 43rd minute but India's experienced goalkeeper PR Sreejesh was up to the task to make a brilliant save.

The final quarter was a battle of nerves with India pushing for the elusive goal. Even though young strikers Dilpreet Singh, Shilanand Lakra and Mandeep Singh took turns to attempt shots on goal, Argentina's defence led by goalkeeper Vivaldi did their best to hold on to the lead and eventually register a 1-0 win.