In the process, Virat Kohli also reached 7,000 Test runs. Playing his 81st Test, the India captain not only moved past Don Bradman's aggregate of 6996 runs that came in 52 Tests, but also created hosts of other records as clueless South African bowlers continue to feed the run-machine 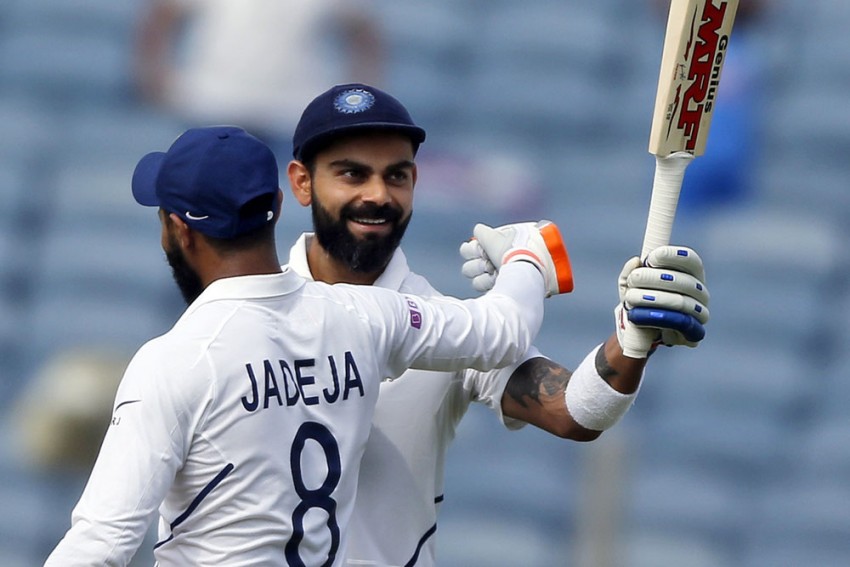 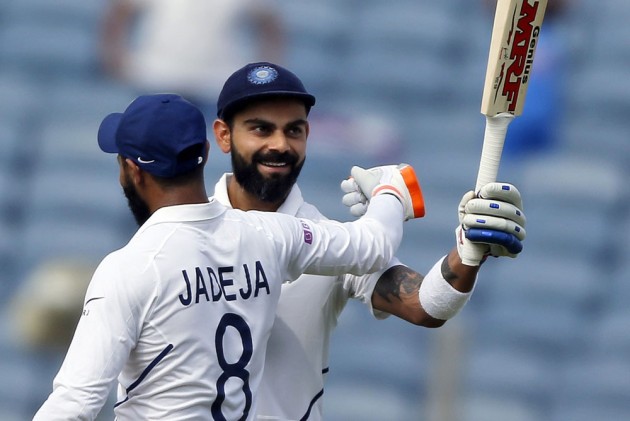 Virat Kohli on Friday became the first Indian batsman to hit seven double hundreds in Test cricket. The skipper reached the landmark during second day's play of the second Test against South Africa at Pune.

Even as he reached the 200-run mark, with a double off the fourth ball of the 144th over, bowled by Senuran Muthusamy, Kohli was uncharacteristically quiet in his celebration. A muted one, if you may.

Sachin Tendulkar and Virender Sehwag (6 each) jointly held the Indian record for most double hundreds in Test cricket. Kohli's seven double tons have come in the space of just 40 Tests.

But most importantly, the skipper broke a 10 innings century drought, with a double ton.

He is joint-fourth in the all-time list of most double hundreds, behind Bradman (12), Kumar Sangakkara (11), Brian Lara (9). Others who have seven double centuries are - Wally Hammond and Mahela Jayawardene.

He is the equal-fourth fastest man in history to the 7000-run mark, leveling Sangakarra and  Gary Sobers -- in 138 innings. But the fastest remains that of Hammond, who reached in 131 innings.

Kohli then broke his own record of highest score by Indian captain when he reached 246. The previous high was his 243 against Sri Lanka at Delhi in 2017-18. In fact, he now has the top-three highest scores by an Indian captain. Third highest is 235 against England at Mumbai in 2016-17.

India, batting first, have reached 502/4 in 146 overs with Kohli unbeaten on 209 off 304 balls. He and Ravindra Jadeja (37) have added 126 runs in 174 balls for the fifth wicket as India continued to punish South African bowlers.